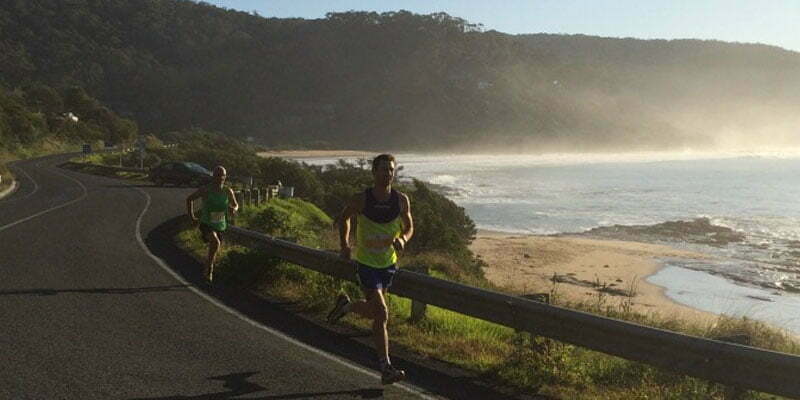 National cross country champion Liam Adams is already in paradise after his selection in the marathon for the Rio Olympics this week.

But the Essendon runner hopes to take that feeling to another level by taking part in the Geelong Advertiser Paradise 14km run  – Saturday’s main event at Apollo Bay and a precursor to Sunday’s Great Ocean Road Marathon.

The 29-year-old had a real battle to post a qualifier for Rio de Janeiro when his first two attempts at the Chicago and Lake Biwa Marathons were ruined by hamstring tightness.

But, with the help of his junior coach Gregor Gorjzewski, he managed to get a last-minute entry to the Warsaw Marathon in Poland.

And on a windy final day of qualifying he managed to finish fifth in 2:14.58 to secure his spot.

“It would have been absolutely devastating if I’d missed out,” Adams said.

“I thought with Chicago I’d just go there and nail a time and not have to worry about it, but that didn’t go to plan and the same issue with the hamstring tightness happened in Lake Biwa so I really thought I’d failed.

“On both occasions I had trouble with the beds that I was sleeping on in the hotels and as a result had tight glutes that were pinching on a nerve in the hamstring.”

Adams had hoped to run London but organisers kept him hanging for 10 days before knocking him back, so Warsaw was an unlikely solution.

“This time I took my osteo Steve Dinneen with me which really made sure I didn’t have the pre-race tightness issues and I’m very grateful to him,” he said.

Adams, who won the Paradise Run back in 2011 in a course record 40.56, has only had three weeks to recover from Warsaw, but plans to use it as a his first semi-serious threshold run.

But with Queensland’s Jono Peters also running the 14km, Adams may not have things all his own way.

Dinneen is favourite for the Great Ocean Road half marathon on Sunday, a race that will also feature Adams’ girlfriend Charlotte Wilson – a handy half marathon runner.

Two other well-credentialed local runners Virginia Moloney and Ellie O’Kane are also likely to feature in the half.

The feature race however is the 12th running of the GMHBA Great Ocean Road Marathon and last year’s winners – Geelong’s Julian Spence and national 100km record holder Kirstin Bull – will be back to defend their titles.

Ash Watson and Ironman triathlete Tracy Douglas are likely to be their main rivals.

This year’s race also includes the first ever 60km Ultra Marathon on Sunday with Tash Fraser favourite to win the race overall.