In memory of Josh May

Home » News » In memory of Josh May 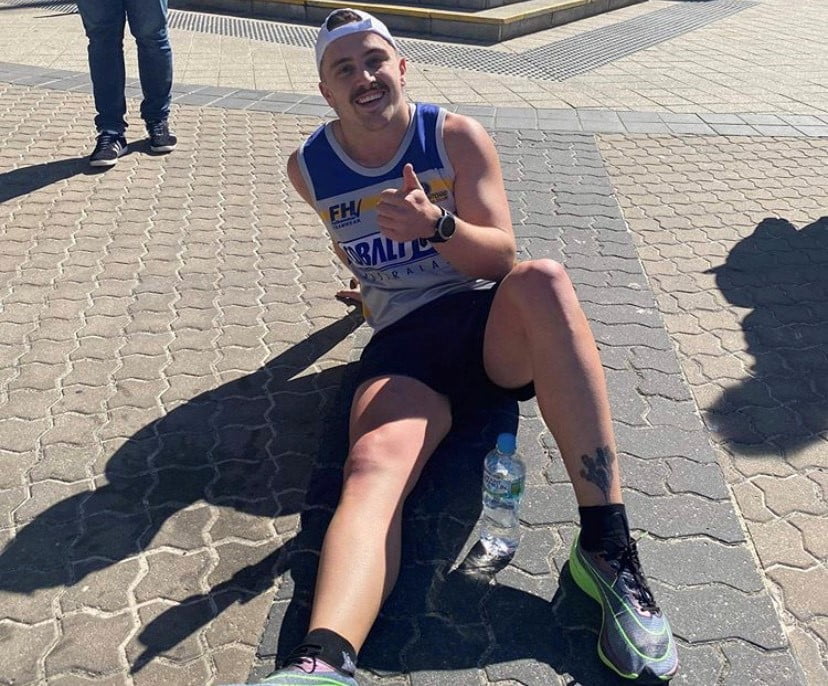 We would like to make a special acknowledgement to Luke and Josh May.

The idea stemmed from some of his last moments with Josh. During his time in hospital, they got onto the topic of Bucket Lists. A number of things came to Josh’s mind, but none more so than wanting to drive his beloved car along the Great Ocean Road. “Luke knew “if I jumped in his car and said I was going to drive it, he would be looking down shaking his head at me, so I figured I would combine one of his bucket list items with one of mine; running a marathon”.

I set out at 9:00am from Josh’s workplace in the city. From there I had mapped a course going past 10 more places that Josh spent a lot of time/grew up around. The journey was long but as the run got harder and harder, the weather got nicer and nicer, I’d like to think of that as Josh’s way to help me through.

I had 3 of my best mates accompany me on their bikes as my little support crew, with numerous family members and friends at each stop also to get me through each location! I hit a bit of a wall around the 30km mark, where my calves started cramping, closely followed by my hip flexors over the last 14km.

Fortunately, I was able to dig in for the last few km and get over the line in 3hrs 56min. I was welcomed at the finish line (The Pier Hotel Glenelg where Josh went frequently for a few too many vodka lemonades), by a large gathering of my closest friends and family who had supported me along the whole journey.

It was an amazing day, and such an amazing, overwhelming feeling having so many people saying they are proud of the achievement and how inspiring the feat was.

We feel blessed to have been a part of Luke and Josh’s dream, and look forward to joining them on the Great Ocean Road in the future. For his full story click here, and to support Luke and his marathon fundraiser, click here.