Local knowledge to spur on Pashley 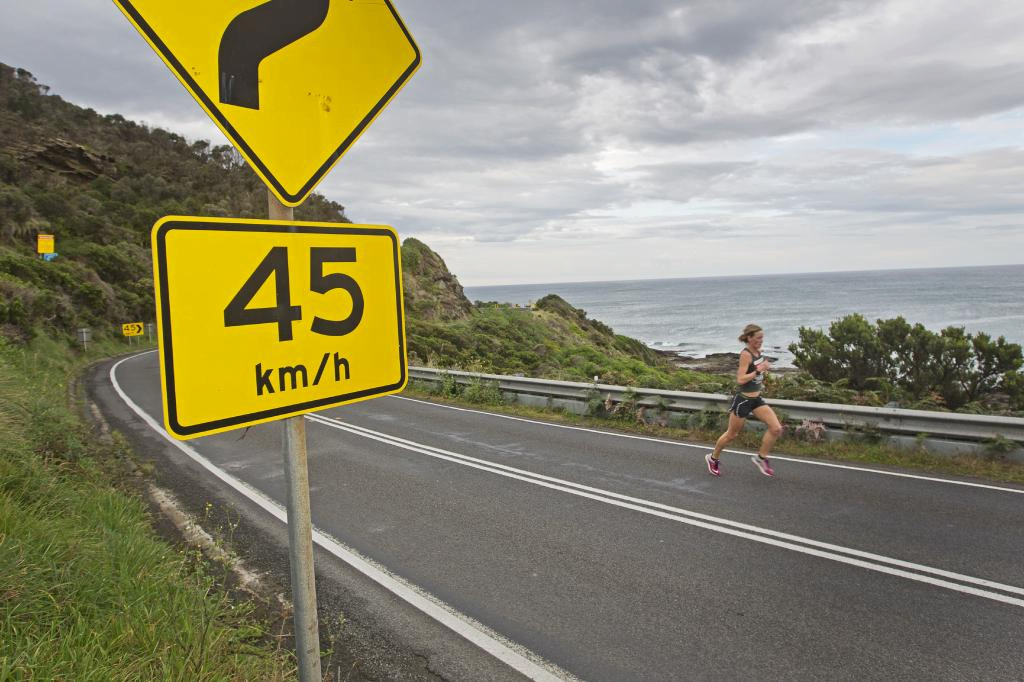 It’s been a pretty big past 18 months for Ellie Pashley.

New surname, courtesy of her marriage to Joseph, new house (the couple are building in Aries Inlet), a marathon PB in Berlin and her first Australian singlet when she represented her country at the world half marathon titles in Spain.

Pashley, 29, works as a physiotherapist and pilates instructor in Torquay and Lorne, where the marathon race starts, so she has a lot of local knowledge.

“It’s really nice having a big race that’s so close to home,” she said.

“I feel like I know all the route pretty well now, where to be conservative and where to push a bit harder. It’s pretty much as spectacular as you can get for a run.

“I love the views and the first 35km’s for the marathoners after Lorne are just spectacular. Living down here, we often drive along the road so it’s so nice to be able to enjoy the freedom of getting out and running on it.

“My favourite part is watching the sunrise from Kennett River while we wait for the half marathon start. We usually run up the hill to warm up and the view of the sun rising over the coast and the mountains is beautiful.”

It will be her fifth consecutive Great Ocean Road Half Marathon (she has placed in all of them), but with last year’s winner Gin Moloney still recovering from the Gold Coast Comm Games marathon, she is a big chance of regaining the title that she won in 2015.

Back then she covered the 23km in 85 minutes, but such has been her improvement that in good conditions Moloney’s race record of 80min16secs could be under threat.

Pashley finished 24th at the world titles in Valencia in a massive PB of 71.43, just one spot behind another Great Ocean Road Running Festival regular Sinead Diver.

“Spain was a huge buzz for me,” Pashley said. “It was a dead-flat, fast course, and I think being surrounded by such great runners really helped to pull me along to a PB.”

“I’ve got a great training group here in the Geelong/Surf coast region (under coach Julian Spence) and my dog Luna (kelpie) who comes along for most of my runs.  She’s got endless energy and will finish a 20-30km run and start throwing the ball at me wanting more.”

Over 7000 will take part in seven events that comprise the Great Ocean Road Running Festival.

The 44km marathon field includes three-time winners Kirstin Bull and Pashley’s coach Julian Spence, who will both be attempting to win the race for their fourth time.

Harry Summers and Sinead Diver will start favourites in the 14km event on Saturday, while in the 60km ultra marathon, world treadmill 50km record holder Natasha Fraser is again expected to prevail.

It’s not too late to register, just click here.