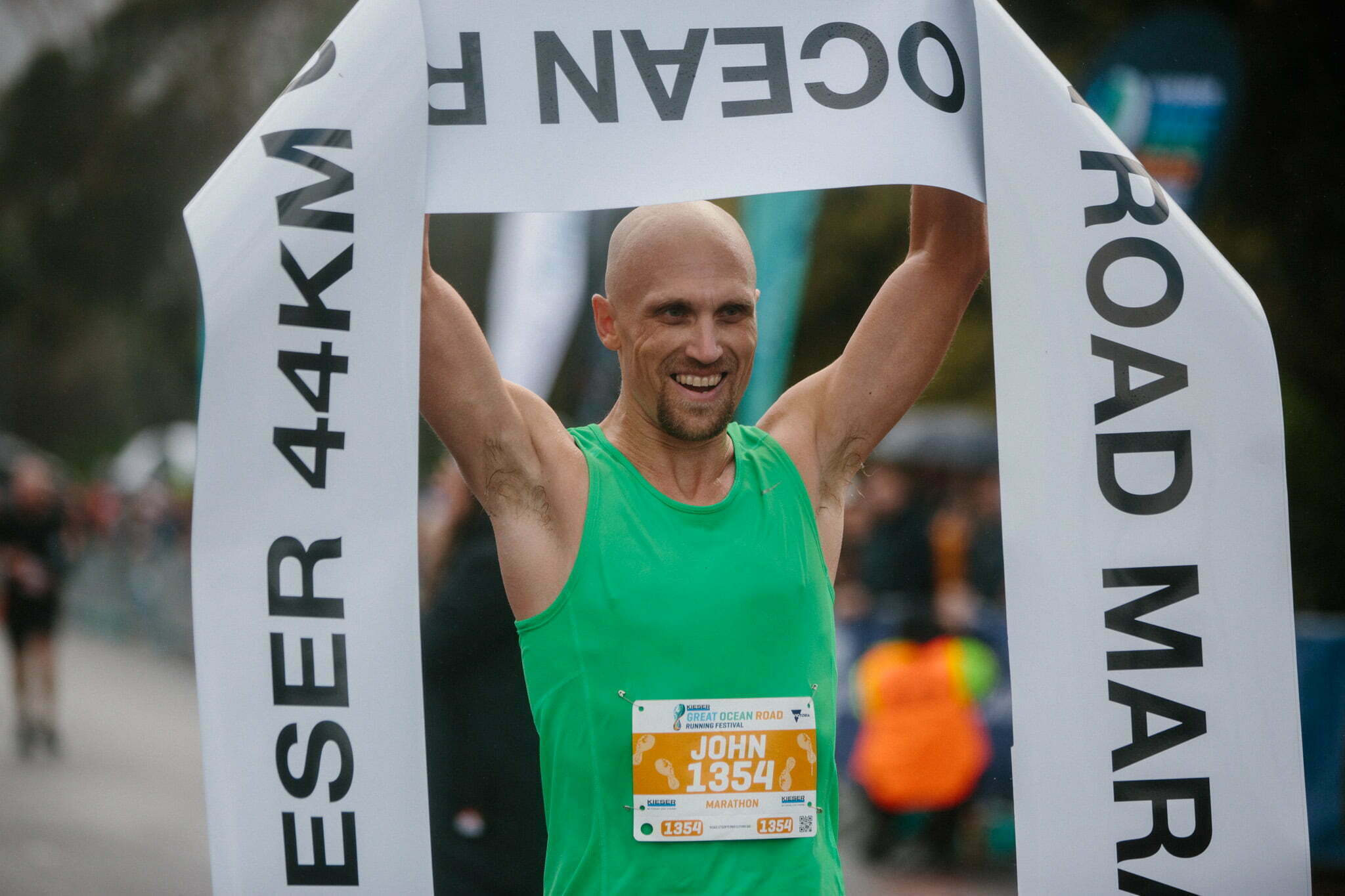 Course record holder Nick Earl heads returns to the event looking to improve on his 2019 winning time of 2:27:36.  The Hobart based Meteorologist has already tasted victory at the Cadbury Half Marathon in January this year and will likely be suited to the longer distance of this event.

Earl’s main opposition will come from Dion Finocchiaro.  After just missing the Australian 100km record, running a time of 6:30:43 earlier in May, Finocchiaro won’t be frightened by the distance but the big question will be has he recovered in time to challenge Earl on the road from Lorne to Apollo Bay?

Perennial Great Ocean Road Competitor, John Dutton, will once again be looking to be amongst the top 3, however with little form to go on in 2022 it will be a big task to match Earl or Finocchiaro at the front of the field.

Meanwhile the 60km Ultra Marathon record holder, Ash Watson, ‘steps down’ to the 44km distance this year and with a 2:24 marathon to his name the Ballarat based runner will be in contention.

Three time Women’s winner Kirstin Bull returns to one of her favourite events, an although not likely to go in with race favouritism, will be looking for a solid run as part of her return to high level racing.  With a string of wins from 2014 to 2016, Bull went on to win the 2016 World 100km Championship in Spain with a new Australian record of 7:34:25.

Since the birth of her twins in 2020, Bull has steadily worked her way back recording a 2:54 Marathon in December 2021.

Emerging trail, mountain and ultra runner Simone Brick will hit the roads twice over the weekend as part of her long term strategy leading to multi day racing later in 2022.  The two time Australian Mountain Running Champion, recorded a lockdown Marathon of 2:55 to prove she does have credibility on the bitumen which she will put to the test over both the 14km and 44km distances.

Placing 2nd in 2021, Dani Rogan would love to go one better and with some very good 2022 form and is definitely among the race favourites.  Running PB’s over 5km and more recently at the Geelong Half Marathon, with a 1:22 performance, Rogan also clocked 2:57 at the Melbourne Marathon in December and is showing great range.

ONES TO WATCH – BROOKS HALF MARATHON