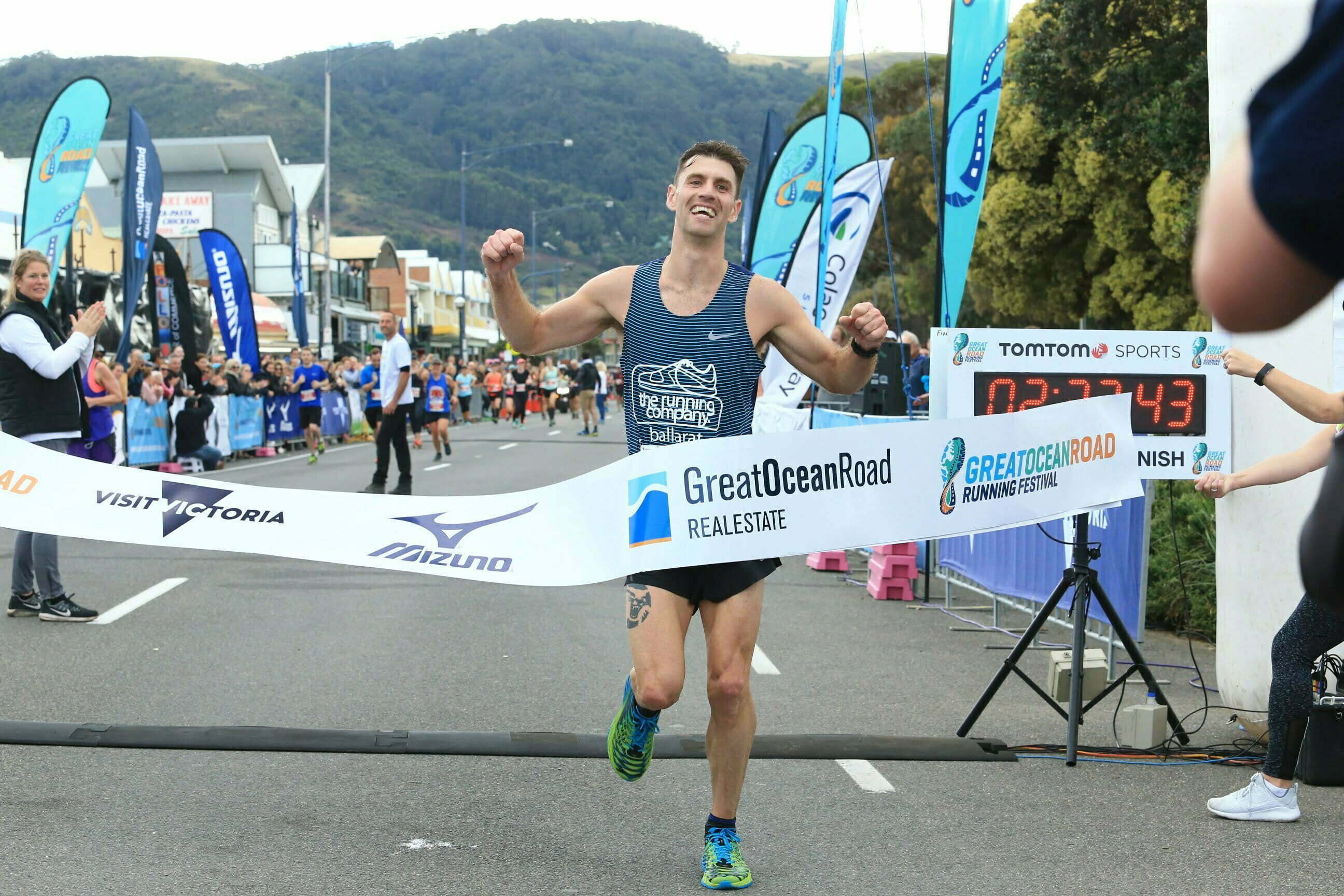 A record of over 7,000 participants turned out over the weekend for Victoria’s iconic Great Ocean Road Running Festival across Apollo Bay and Lorne.

The two day festival of running offered people of all ages and abilities the choice of seven distances from the new Great Ocean Road Walk to the 1.5km Kids’ Gallop all the way up to the 60km Ultra Marathon.

“Today I didn’t have a plan, I took my watch off and basically ran to how I felt… I just felt really good. Normally I start feeling bad at around the 30-40 kilometre mark but today I still felt strong, so I had a good one.

“This morning was beautiful in Lorne, so when the sun came up and there was no wind, everyone was really excited and there was a good atmosphere.”

Spence described what keeps him coming back to the Great Ocean Road Running Festival.

“It’s got to be the course and the atmosphere. When you come around Cape Pattern and you can see Apollo Bay, pass all the half marathoners who are really supportive and courteous on the road, you can just tell they’re having a good time. It just makes the hard bit of the race a lot easier when you’ve got a lot of people around – that’s what I love,” Spence added.

First time Great Ocean Road Marathon participant Jane Fardell made sure the drive from Dubbo yesterday was worthwhile, by taking home the women’s Marathon trophy with a time of 03:10:53.

“It was good. I wasn’t too sure what to expect. I was aware it would be quite undulating though I wasn’t sure how the wind would come into play so I just paced myself. The trick of the marathon is to run as fast as you can and as comfortably as you can and I just tried to do that today, as I wasn’t sure which way the winds were going to turn and it just seemed to work in my favour.

“I am quite shocked I was able to take out the win. It has always been a bucket list race…. so I’m glad I am able to tick it off and the cherry on top was getting the win.

“The course is magical, really magical and I have never even driven it before so I just absorbed every moment, like the waves crashing on the beach, running along there, I just enjoyed every moment of it,” Fardell said.

“I felt really rhythmic on the road, got good support out there with nice groups of people. It was a really good atmosphere today,” Mr Moneghetti said.

The gruelling 60km Ultra Marathon was won by defending champion Francesco Ciancio (men’s event) with a time of 04:06:26, while Natasha Fraser was the first female to cross the line in 04:29:49.

Winning the inaugural Pub to Pub Waiters’ Race after running a jug of beer one handed from the Apollo Bay Hotel to the Brewhouse on Saturday was Fabio Salamone from George’s Food Court in Apollo Bay.

Other activities that were a hit with participants over the weekend included wellness yoga sessions and dual kite festivals in Lorne and Apollo Bay, while hundreds turned out to watch the entertainment headlined by the Pierce Brothers at the Lorne Hotel.

Next year’s Great Ocean Road Running Festival will take place on Saturday 19 and Sunday 20 May 2018. With the Marathon selling out in 2017 a two week Frequent Runner Offer opens for participants to secure their place for the best available price.