81-year old Stewart McArthur takes half marathons in his stride 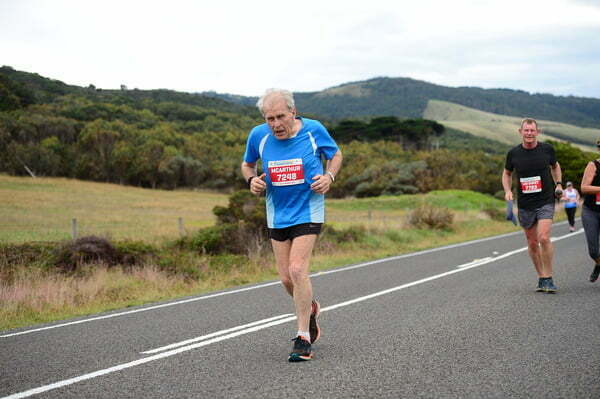 At 81 years old, Stewart McArthur can proudly say he has pounded the pavement in every Great Ocean Road Running Festival since the event started 16 years ago.

The former federal Liberal MP and avid long distance runner will again cross the starting line at the 2019 event, running the half-marathon alongside family and friends, including his daughter, Sarah.

They will compete in honour of Stewart’s son – and Sarah’s brother – Andy who tragically passed away while cycling in Sydney last year.

Joining them on May 18-19 are two of Andy’s friends, Nick and Hugo, who will run their first marathon in memory of their mate.

Stewart started running seriously 30 years ago and aims to complete two half-marathons each year, snaring gold in the Male 75+ category of last year’s Melbourne half-marathon with a time of two hours and 46 minutes.

“They’ve added an extra 2km to this year’s Great Ocean Road half-marathon so I’ll be pushing myself that little bit extra,” Stewart says.

Running has taken Stewart all over the world as he competes in running festivals and Masters events from New Zealand to Italy.

His next goal is to run the half-marathon at the 2021 World Masters Games in Japan.