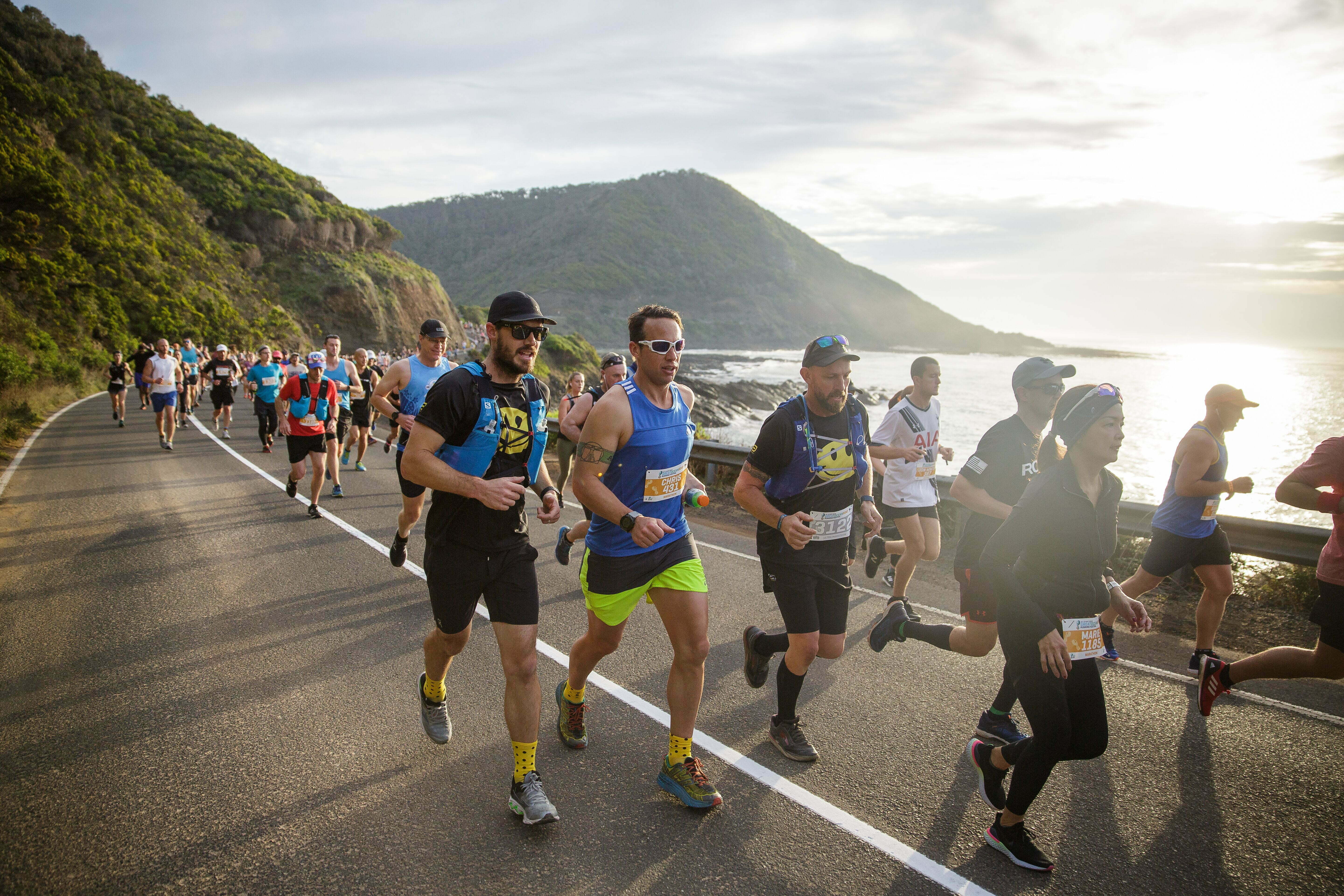 The iconic Great Ocean Road Running Festival scored a Personal Best this weekend as more than 8200 runners took to the picturesque course to compete in the annual event.

Attendance figures across the two-day festival held between Apollo Bay and Lorne smashed the previous record of 7600 runners, set in 2018.

Event Director Brad King congratulated everyone who took part from Saturday 18 – Sunday 19 May, from young racers attempting their first 1.5km Kids Gallop to seasoned athletes pushing their limits in the 60km Ultra Marathon.

“The 2019 Great Ocean Road Running Festival has been our biggest and best yet with over 8200 participants taking part in one of seven events on offer,” Mr King said.

“I’m delighted with my win at this year’s event. We couldn’t have asked for better conditions than we had this morning, with no wind and an absolutely spectacular view,” Mr Earle said. 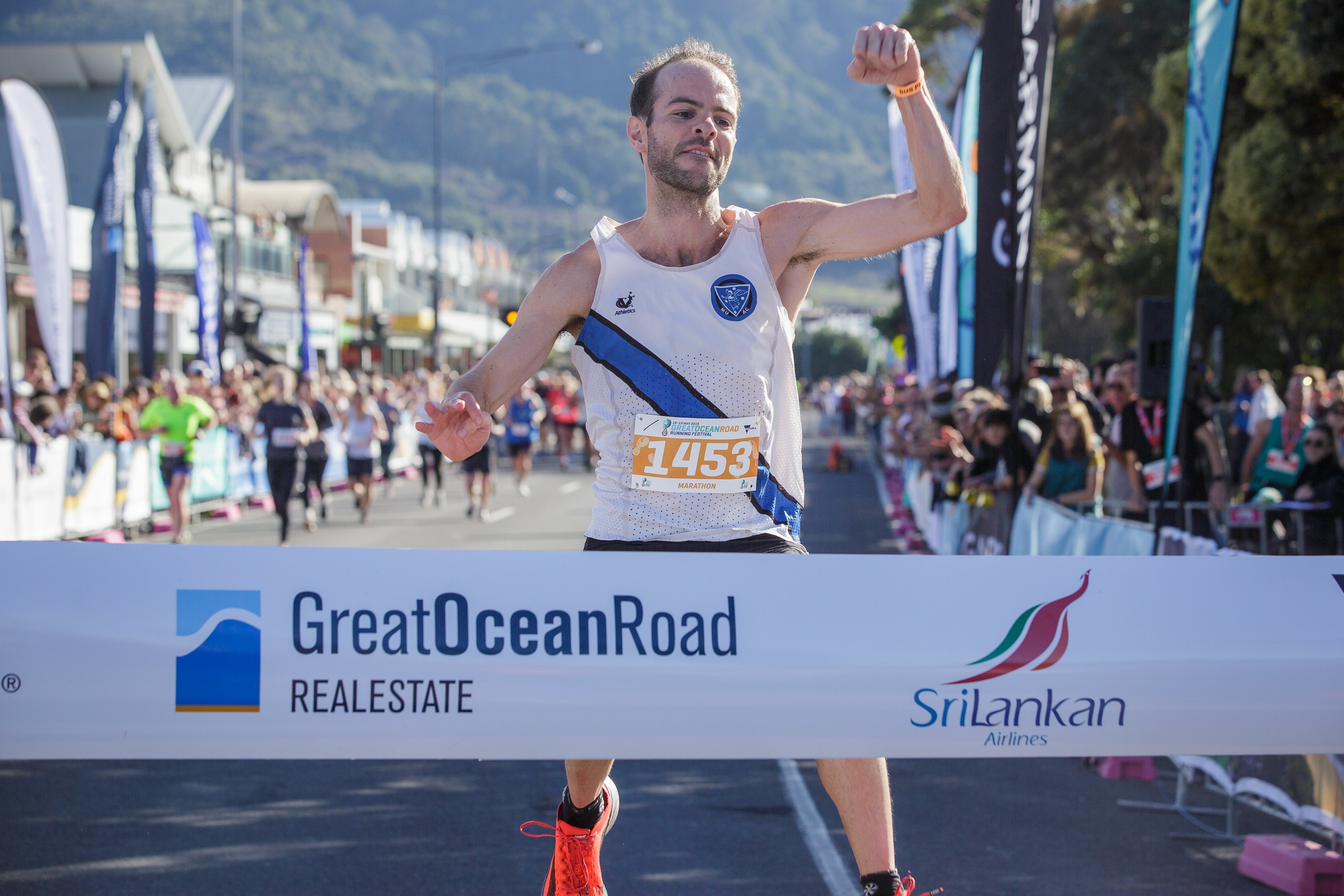 The women’s Marathon category was won by returning champion Rhiannon Snipe of Blackburn in 3:04:36. She held off a strong field of contenders to finish ahead of Jasmine Goh 03:16:05 and Zoe Adams 03:19:22 in second and third place respectively.

The 23km Science in Sport Half Marathon was hotly contested with Peter Kerr of Marshall winning the men’s category in 01:13:18 and Charlotte Wilson of Mooney Ponds in 1:23:20 taking out the women’s title. 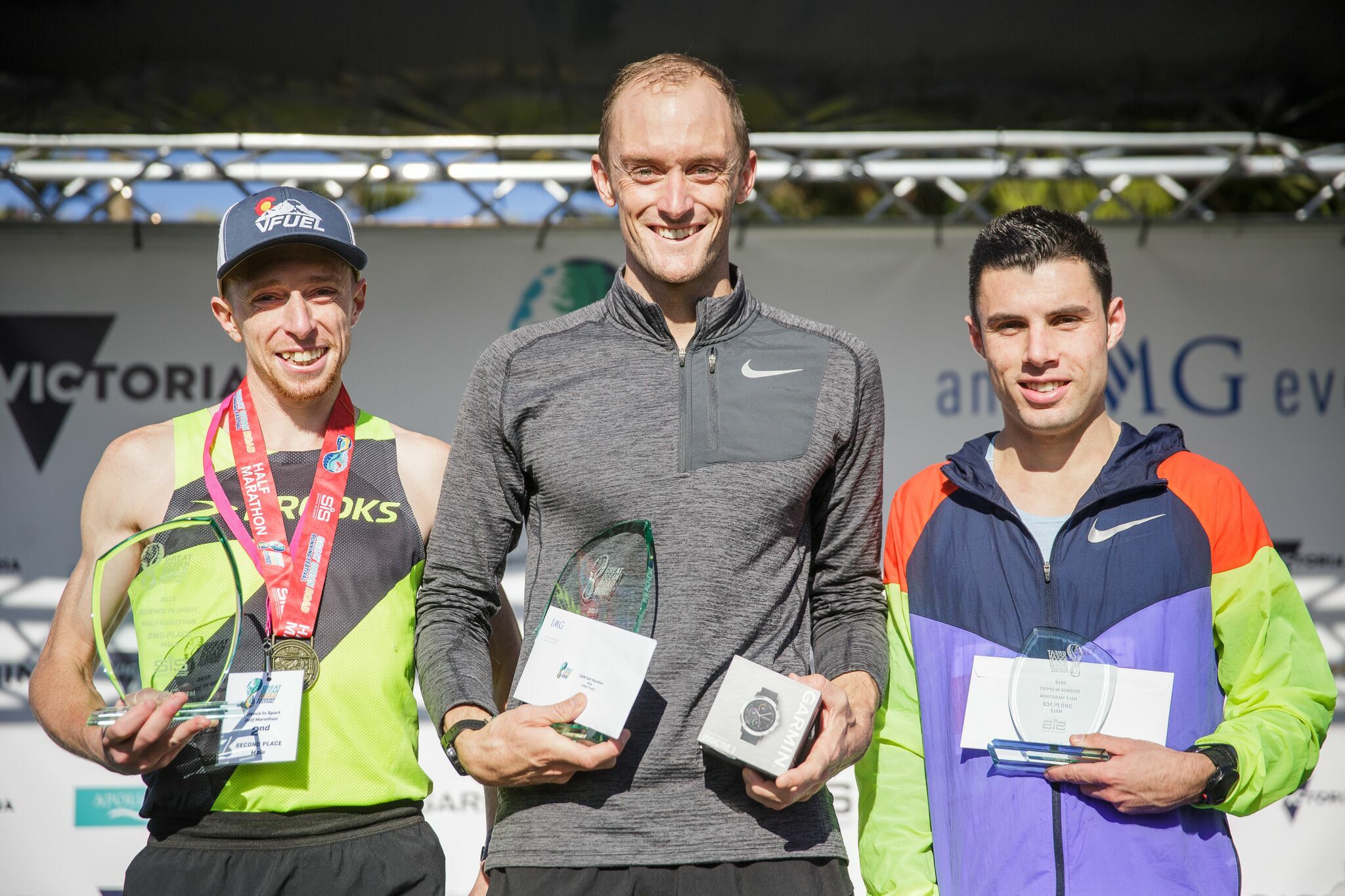 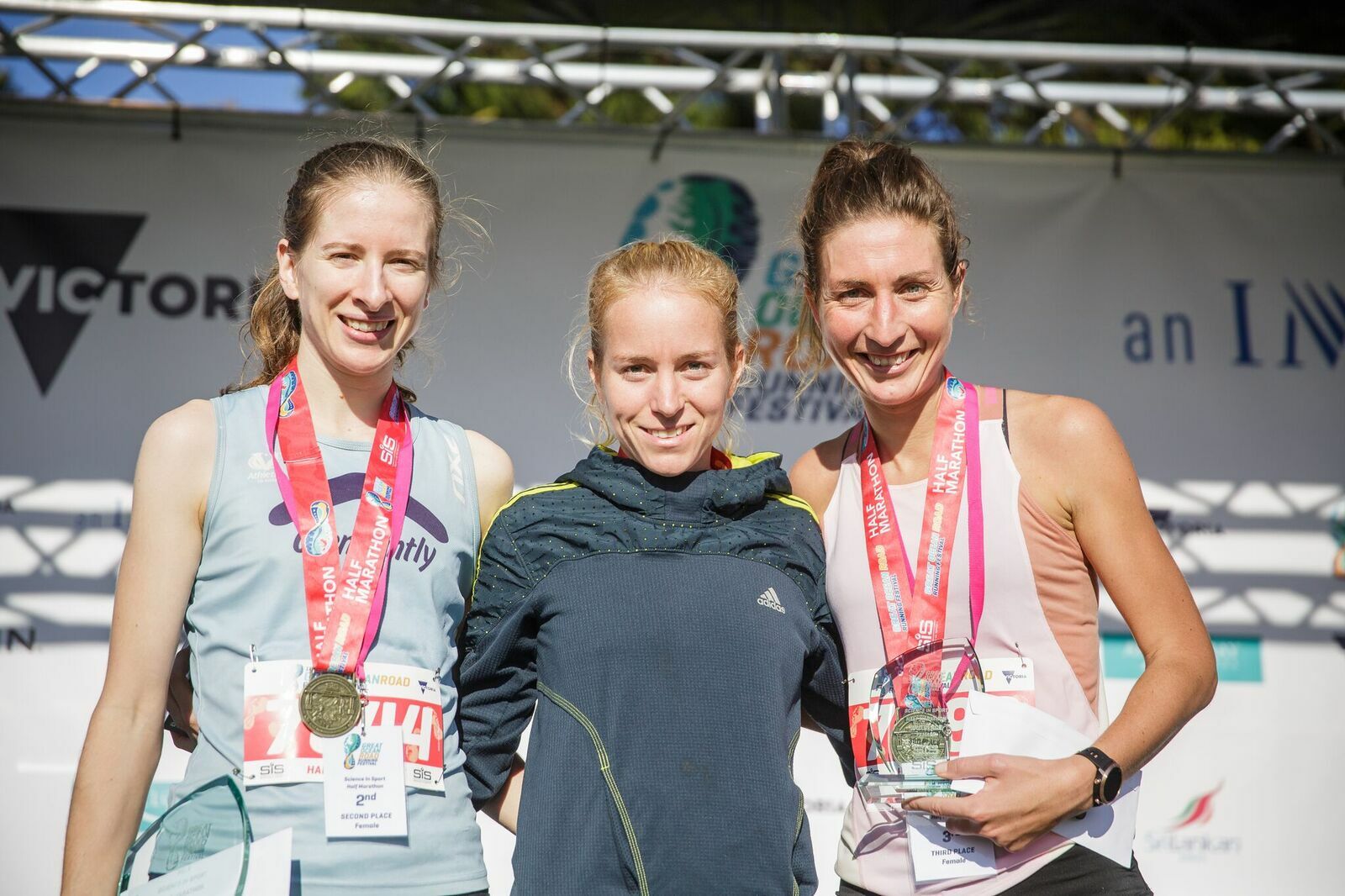 Nipping at their heels were men’s second and third placegetters John Dutton in 1:13:33 and Brett Ellis in 1:13:43 as well as Amelia Aslanides with a time of 1:29:38 and Alana Plymin in 1:32:08 who nabbed podium finishes in the women’s event.

Riley Cocks of Bellevue Heights South Australia triumphed in the Garmin 14km Paradise Run, his winning time of 40:34 prevailing over Andre Waring in 41:15 and Daniel Hutchinson in 43:33 who placed second and third.

The women’s event was a thrilling contest with Charlotte Wilson of Mooney Ponds snaring first place in 46:18, Makda Haji in 47:05 was runner-up while Sarah Waters placed third in 50:07.

The gruelling 60km Science in Sport Ultra Marathon was won by Ash Watson of Nerrina with a heroic time of 03:55:12. The first female to cross the line was 2018’s winner Natasha Fraser of Ballarat in 04:32:47.

Thousands more took in the stunning vistas of what is recognised as one of the world’s most breathtaking running courses in the Sri Lankan Airlines 6km Run, Lorne Hotel Great Ocean Road 5km and 10km Walks and the 1.5km Great Ocean Road Real Estate Kids Gallop. 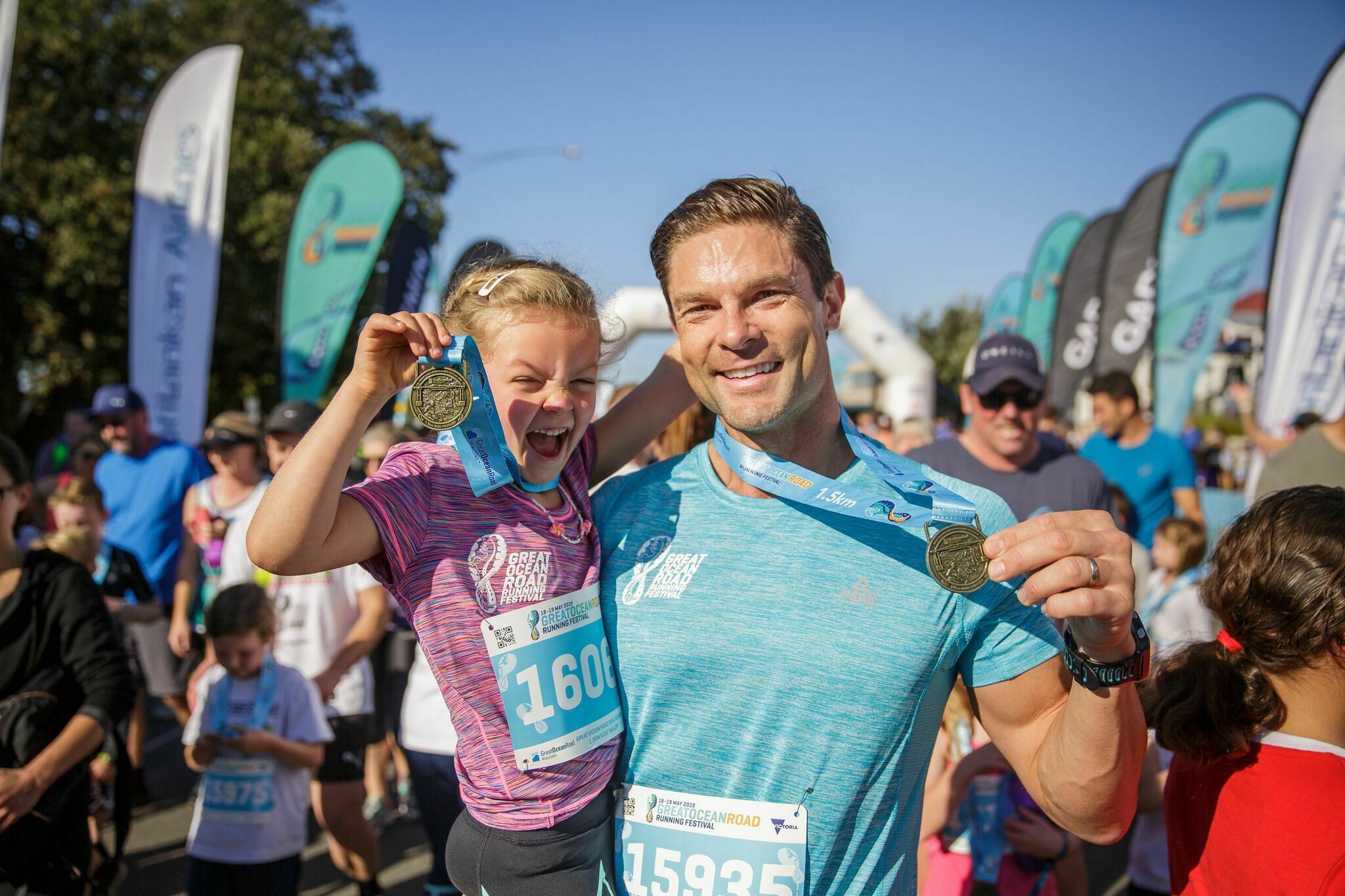 Local wait-staff raced the clock – and each other – to carry a tray of beer from the Apollo Bay Hotel to the Great Ocean Road Brewhouse and back, without spilling a drop. Tristan Smith of The Brew House took home first place delivering his bounty of gold. 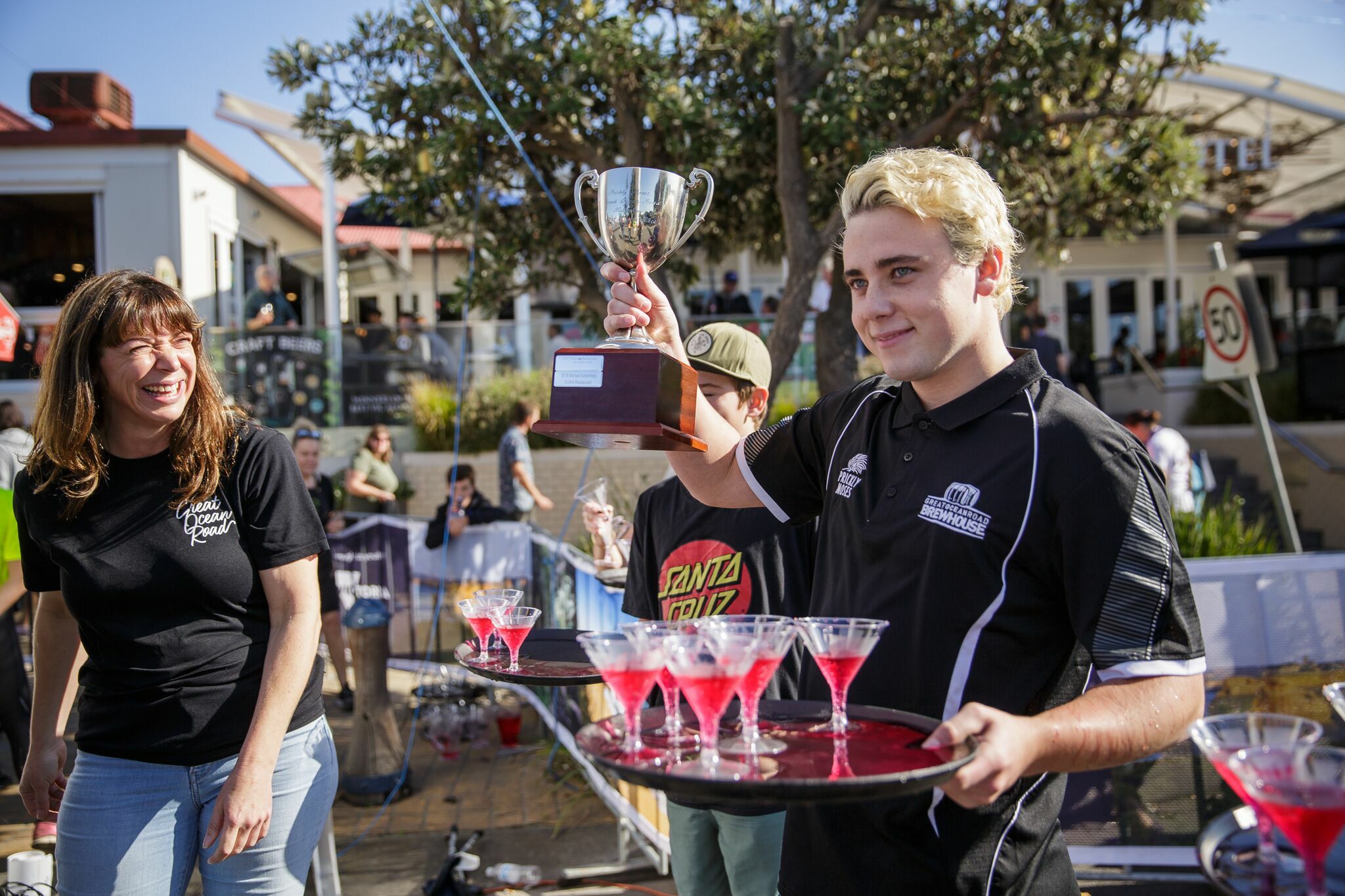 Mr King said an expanded program of free entertainment and activities for runners, their families and support crews in two hubs at Lorne and Apollo Bay added to the festive atmosphere.

“Each year as our numbers grow so does the festival offering, this year we added a petting zoo, inflatable obstacles and more live music which has been a huge hit with our runners,” Mr King said.

“We’re already planning some exciting additions for the 2020 event which will be announced later this year.”

Dates for next year’s Great Ocean Road Running Festival will be announced soon.