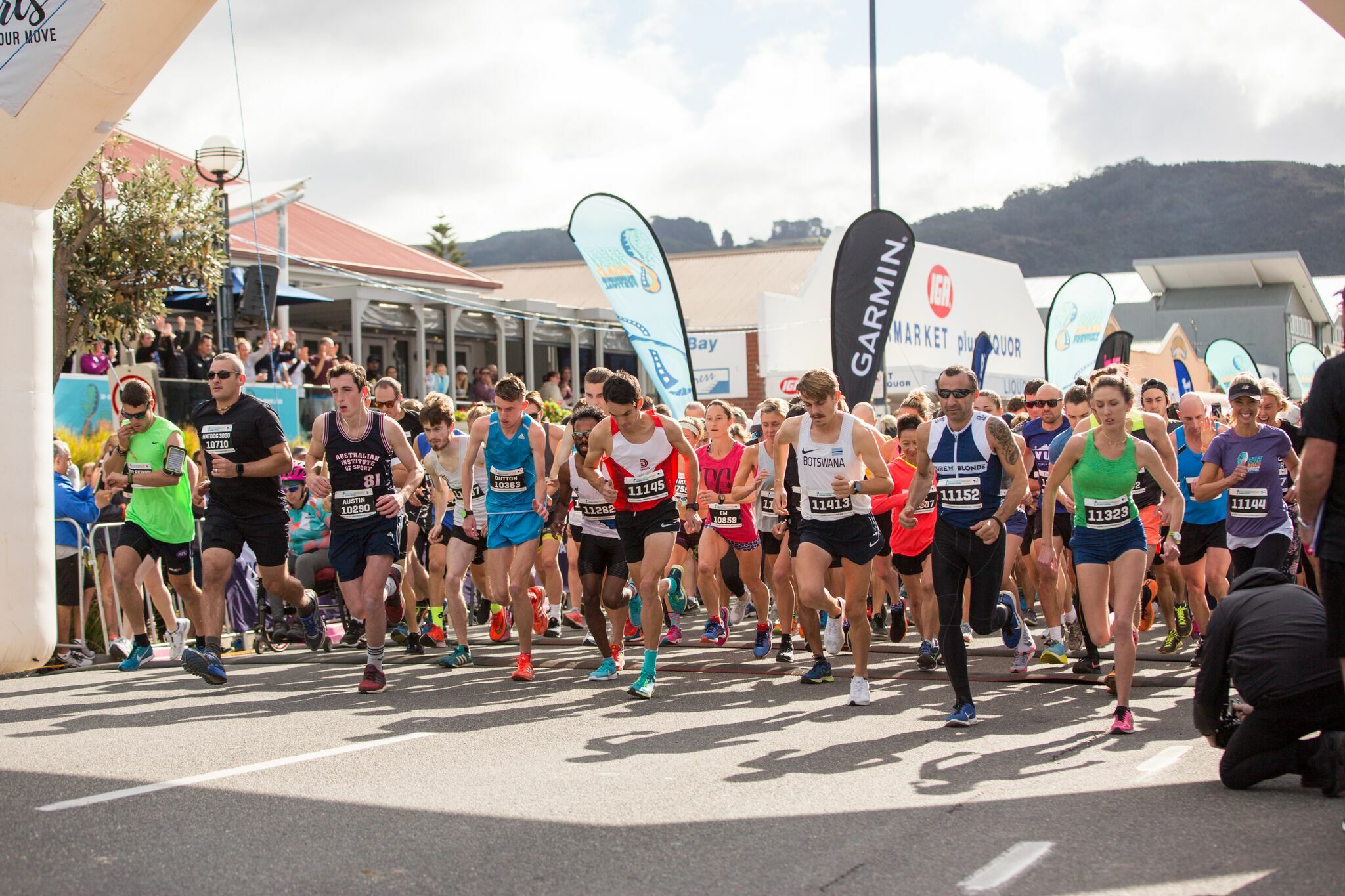 More than 7,500 participants turned out over the weekend for Victoria’s iconic Great Ocean Road Running Festival across Apollo Bay and Lorne. 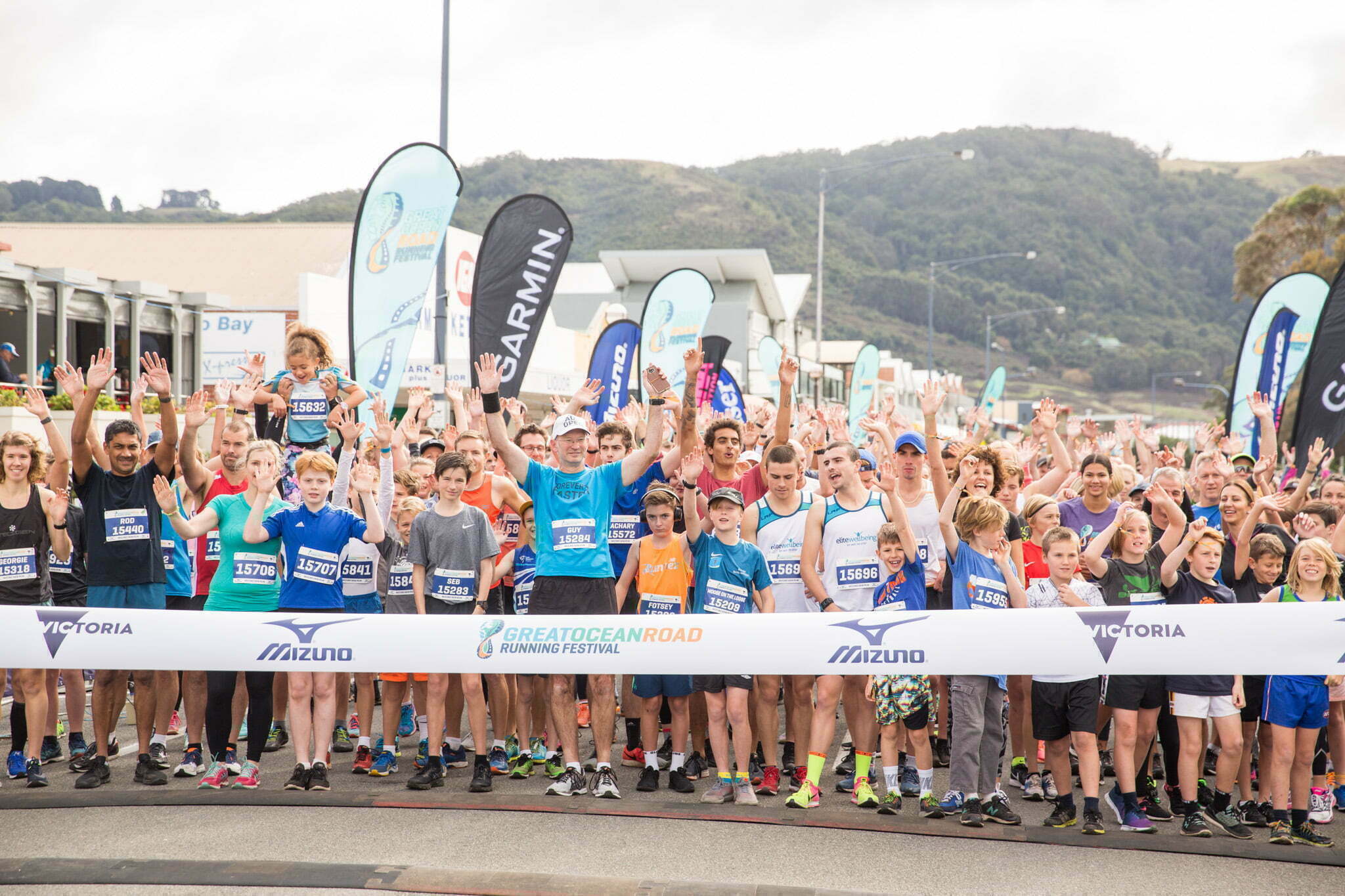 The two day festival of running offered people of all ages and abilities the choice of seven distances from the Great Ocean Road Walk to the 1.5km Kids’ Gallop, all the way up to the 60km Ultra Marathon.

Julian Spence from Ballarat won the 44km men’s Marathon event in (2:35:43), making it his fourth consecutive win of the event. He finished ahead of Peter Kerr (2:36:15) and Dion Finocchiaro (2:41:41) who came second and third respectively. 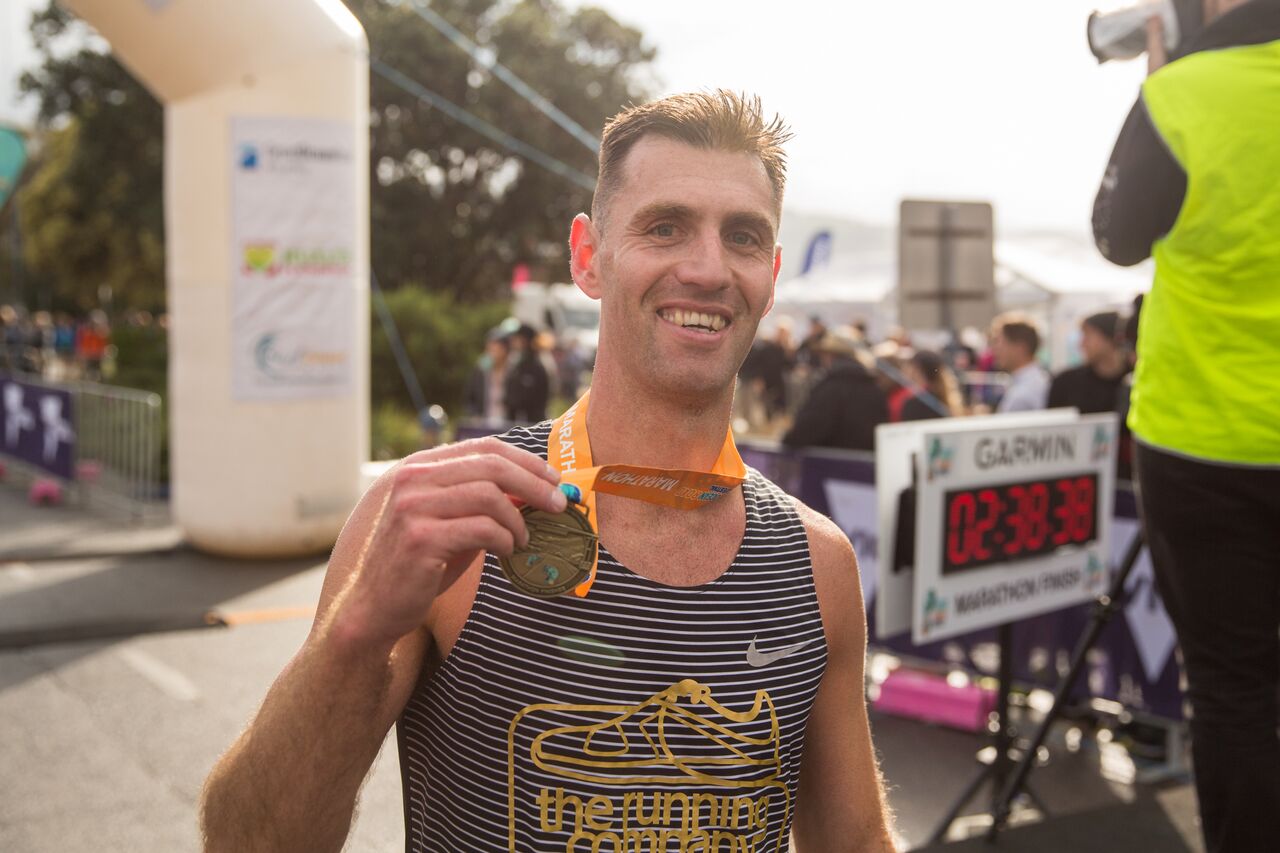 “I love it here” said Julian Spence. “I love all the people – this event always has the best finish line and the best atmosphere. I’ll always be back” he said.

Peter Kerr described what keeps him coming back to the Great Ocean Road Running Festival.

Rhiannon Snipe took home the women’s Marathon trophy with a time of 3:06:32.

“This was my first time running this event and I’m very excited to have finally made it. The support of the crowd was amazing and the scenery absoutey beautiful” said Snipe. 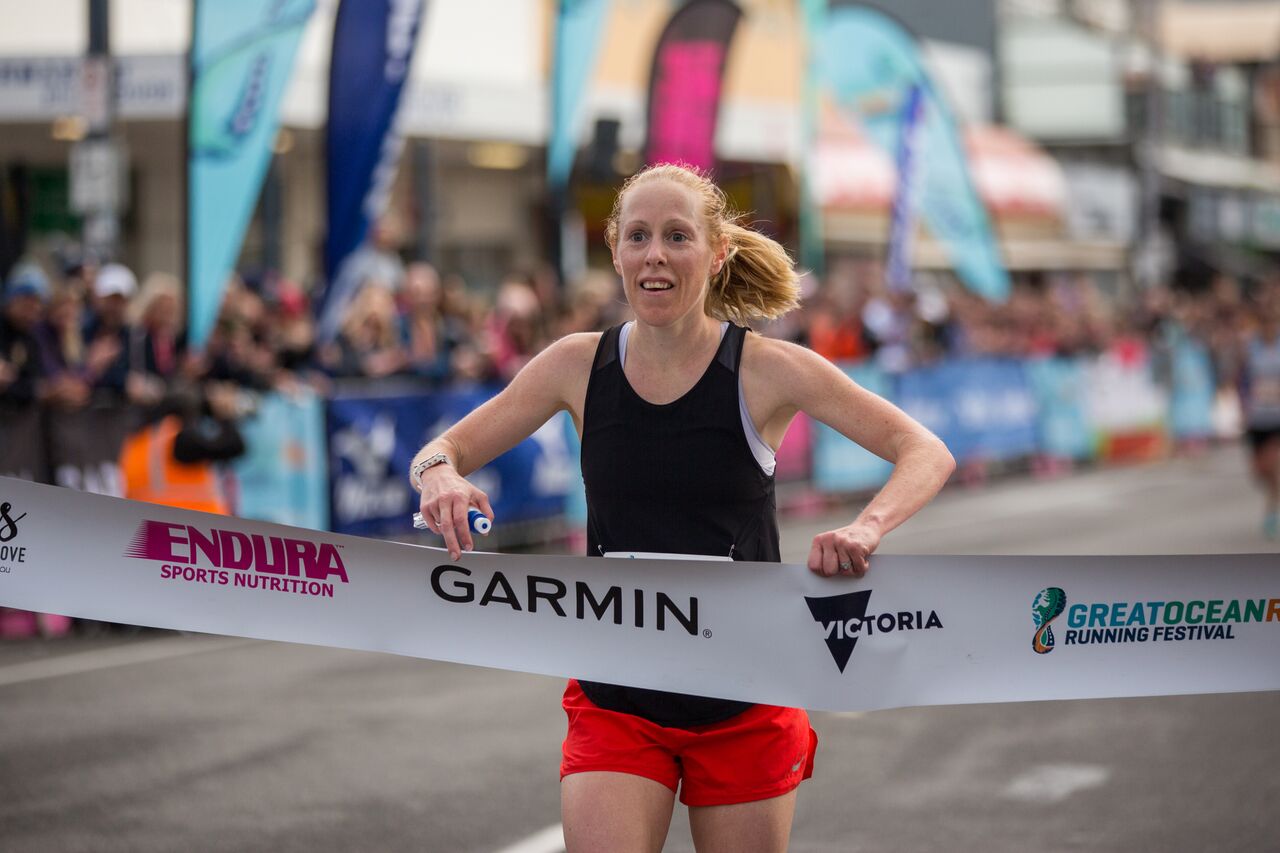 Placing second in the women’s Marathon event with a time of 3:06:40 was three-time winner Kirsten Bull from St Kilda, followed by Claire Johnson from Footscray who came third with a time of 3:16:43. 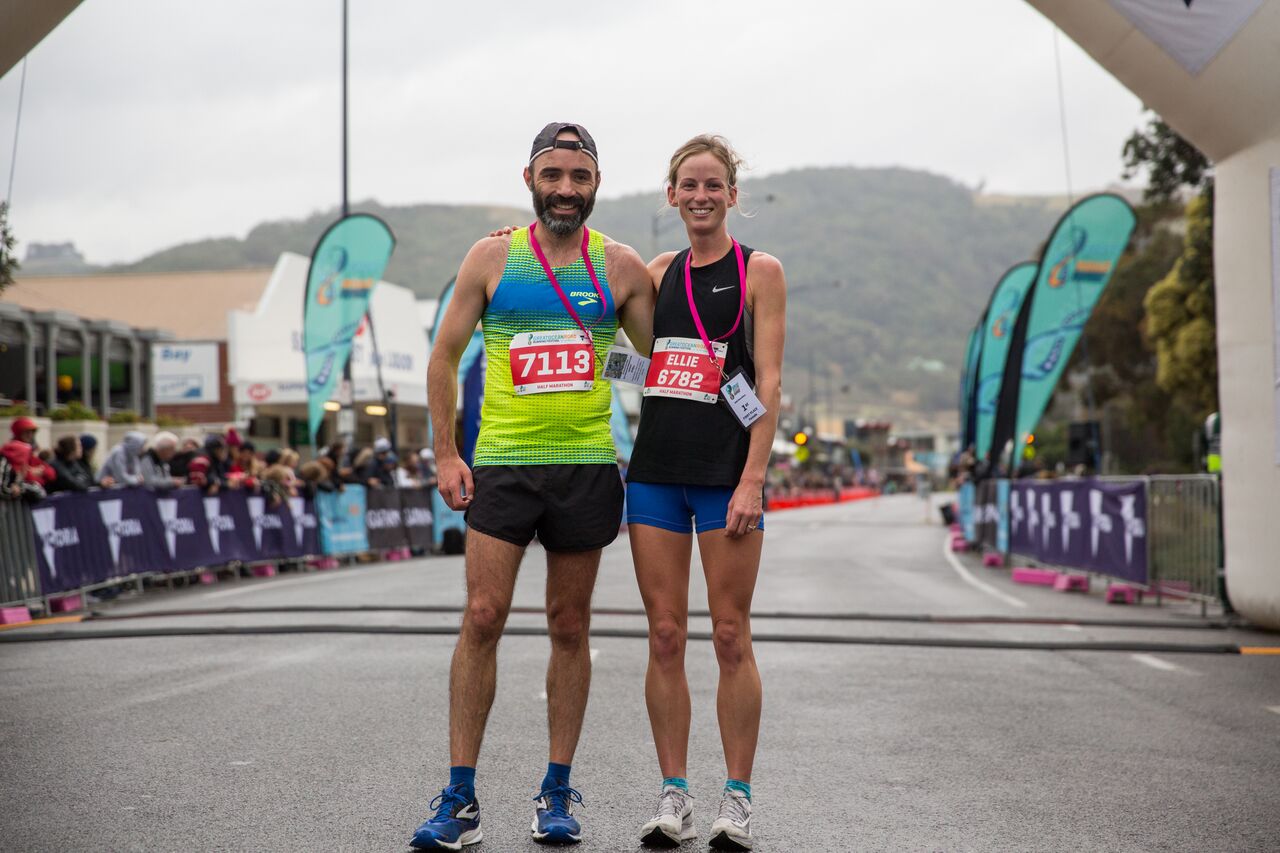 Jack Rayner from Altona won the men’s Garmin 14km Paradise event in 42:16 ahead of Andre Waring 42:37 and Frankie Conway 43:22 who came second and third respectively. 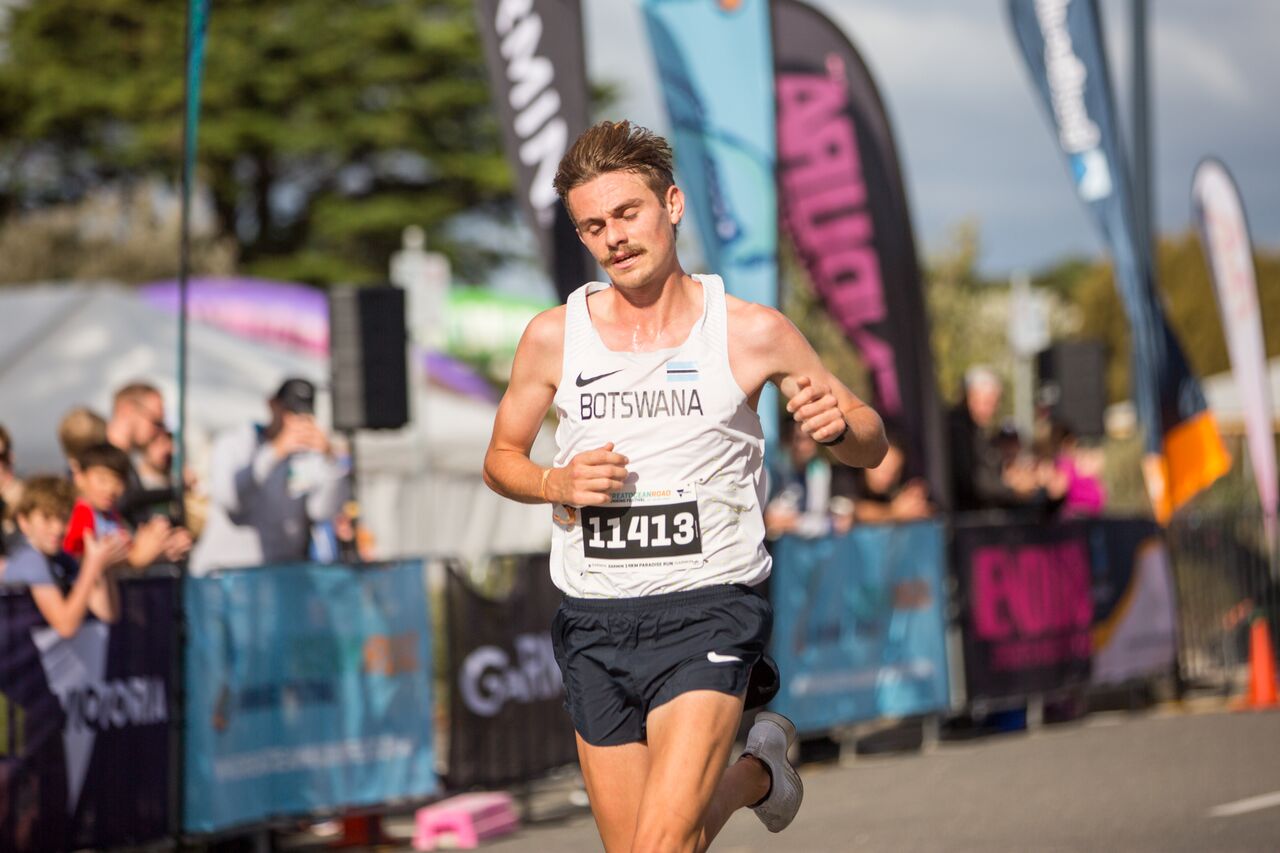 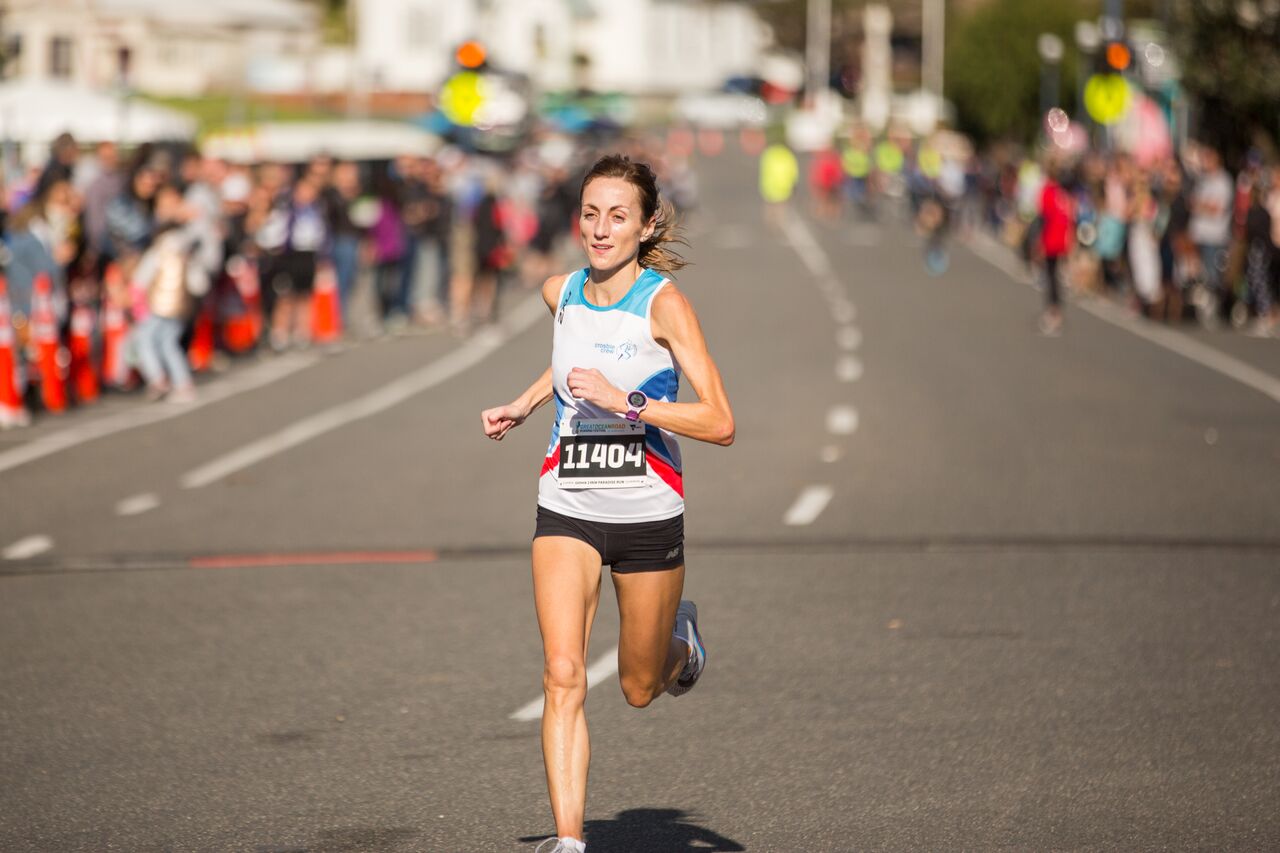 Aussie marathon legend, Steve Moneghetti showed he’s still got it, finishing the Garmin 14km Paradise Run in eighth position. “I love this event because the atmosphere is truly unique. The conditions were great for running yesterday and it was fantastic participating alongside my son, Matthew. This event puts a smile on my face every year,” Mr Moneghetti said.

The gruelling 60km Ultra Marathon was won by Natasha Fraser with a time of 4:18:54, while Malaysian Edan Syah was the first male to cross the line in 4:29:03. 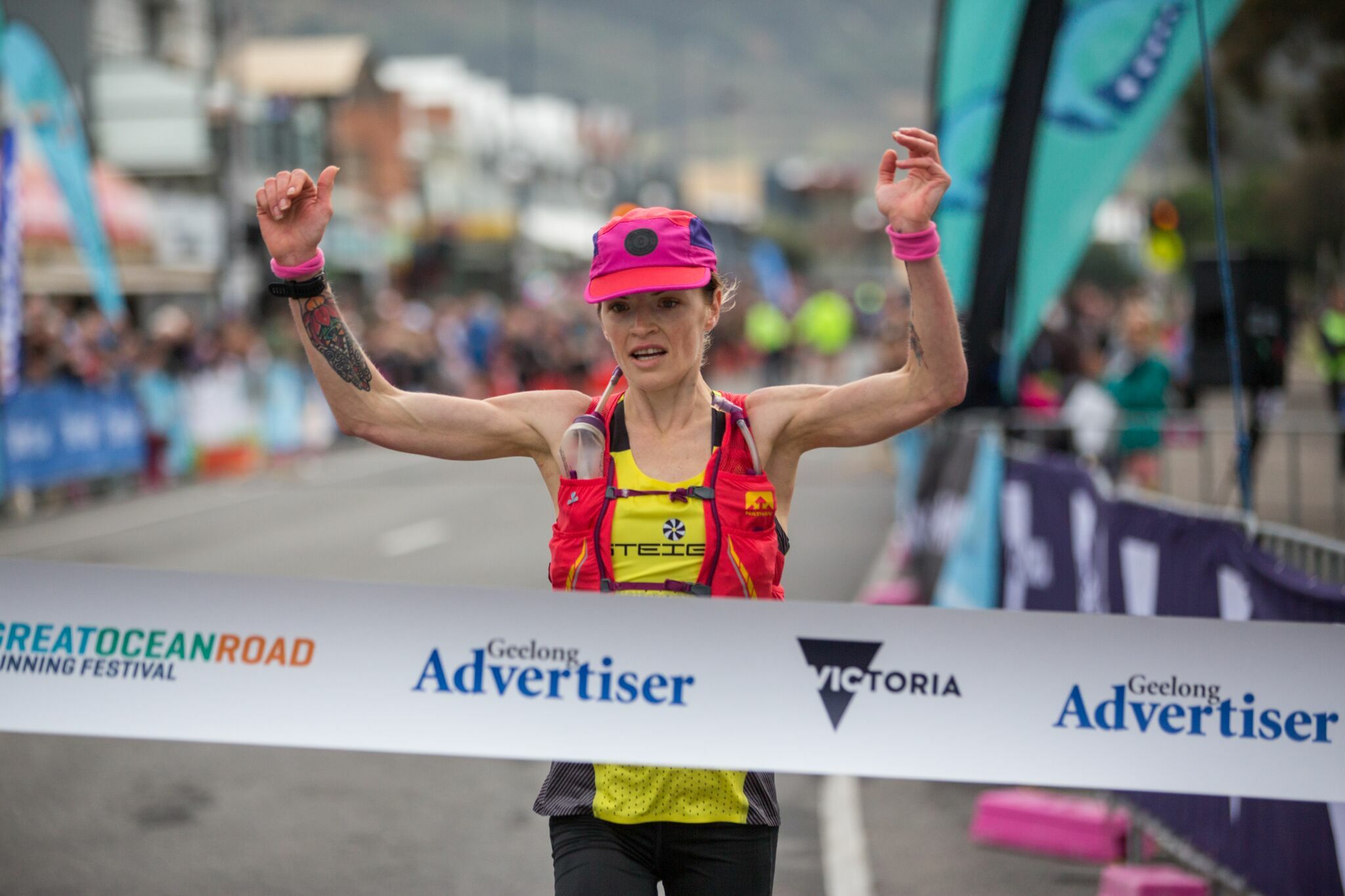 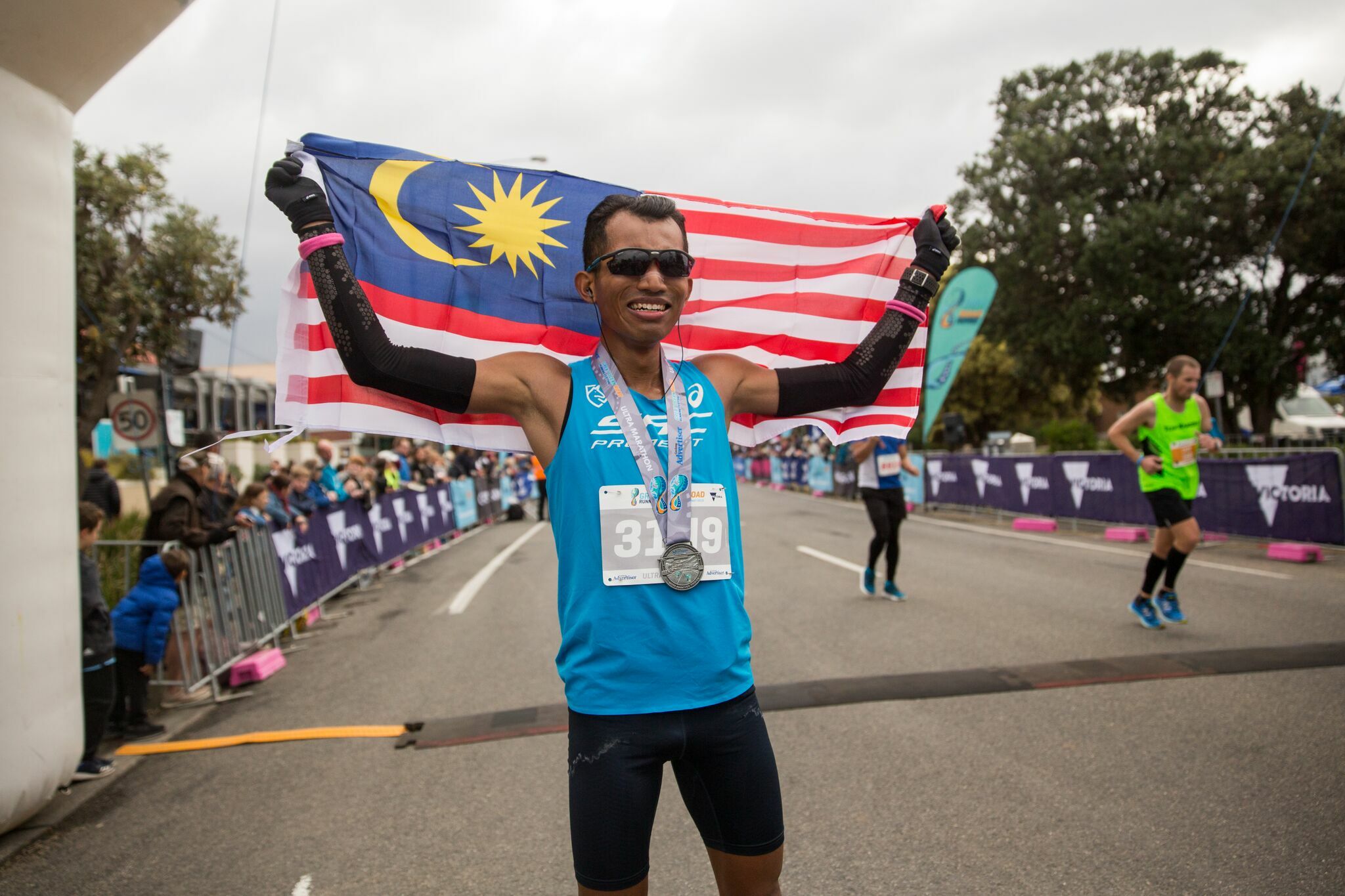 Winning the Pub to Pub Waiters’ Race after running a jug of beer one-handed from the Apollo Bay Hotel to the Brewhouse on Saturday was Michael Achterberg from The Iluka Hotel in Apollo Bay. 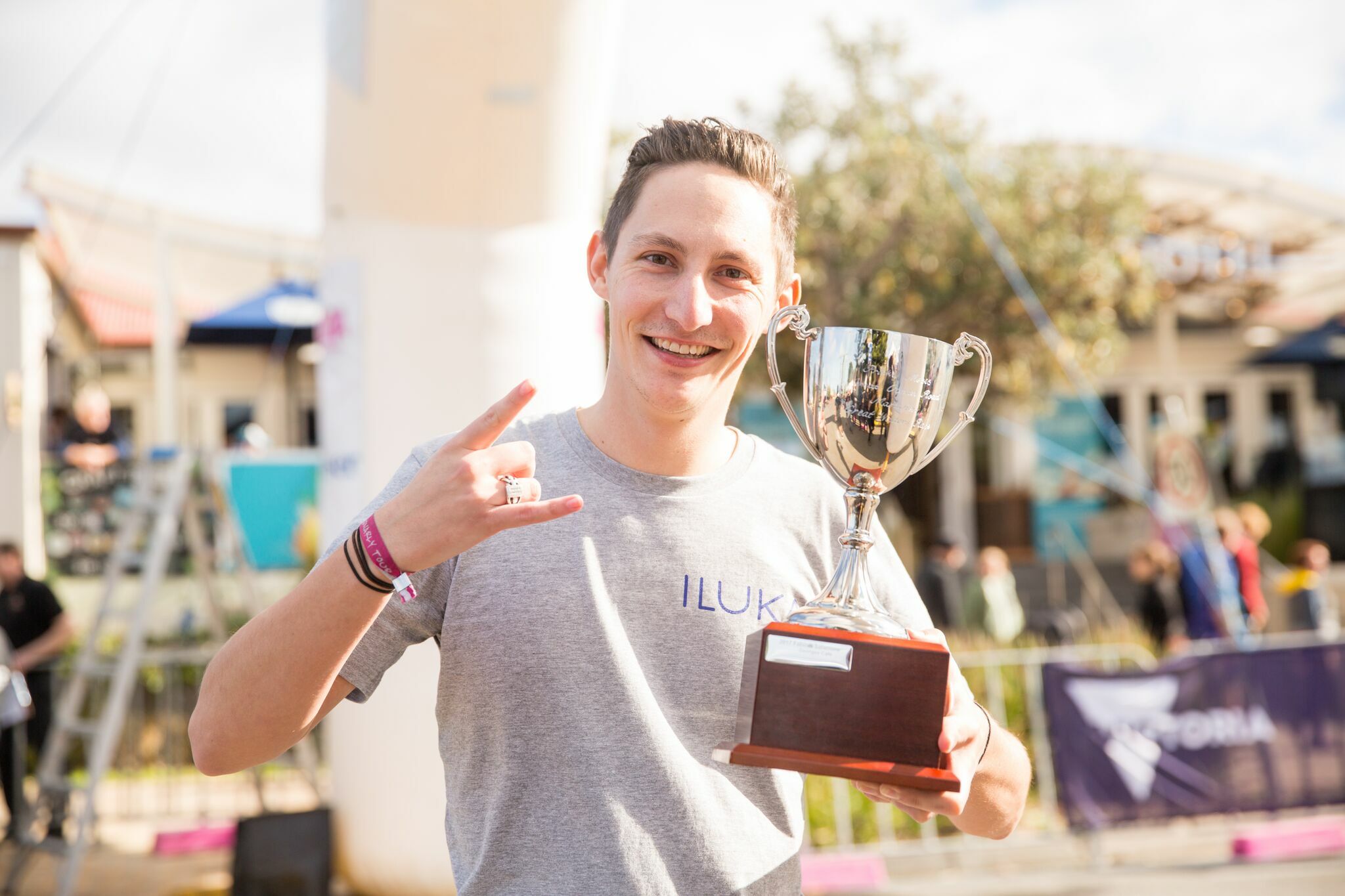 Other activities that were a hit with participants over the weekend included wellness yoga sessions and dual kite festivals in Lorne and Apollo Bay, while food lovers turned out for the Frank Camorra lunch at the Lorne Hotel. 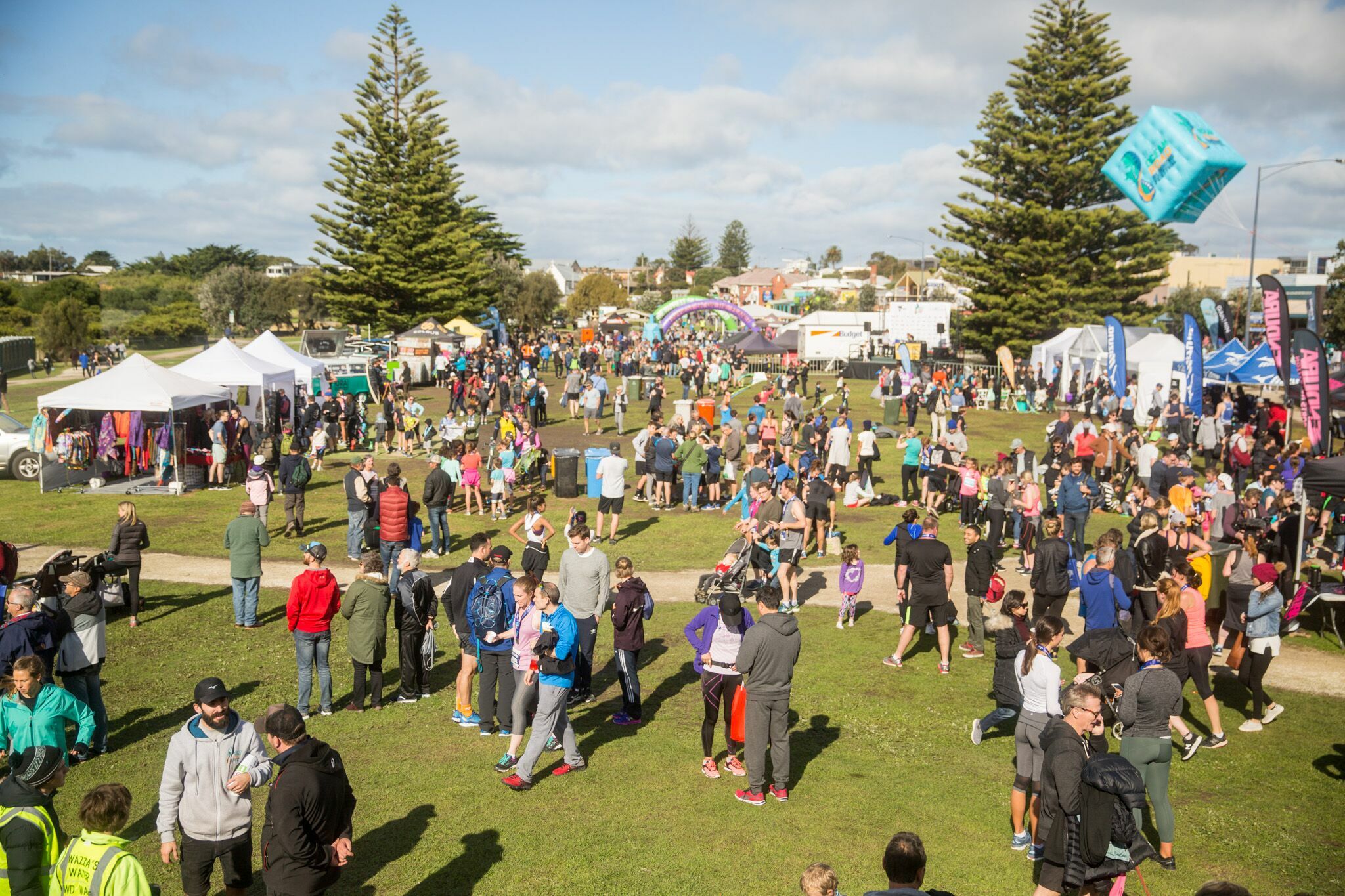 Event Director Marcus Gale said “With a record-breaking number of participants this year, it’s fantastic to see so many people coming out to be part of this iconic event. This is our biggest Great Ocean Road Running Festival to date and we look forward to seeing it continue to grow.”

Next year’s Great Ocean Road Running Festival will take place on Saturday 18 and Sunday 19 May 2019. Registrations will be open soon.