What an incredible weekend, with 1353 runners completing one of 6 distances over the weekend May 16-17 at the inaugural Great Ocean Road Virtual Running Festival. What would have been a weekend running the iconic Great Ocean Road turned into a Global virtual event, and it has been an absolute delight seeing our running family take on the #YourRunYourWay challenge.

Although a large portion of our participants were from Australia (1,289), we had representation from an incredible 23 countries  including Sri Lanka, Russia, Morocco, USA, UK, New Zealand, Germany and Japan, all join us virtually. To connect with people that share a love for running all around the world, especially in these times of isolation and self-distancing has been such a rewarding and unforgettable experience.

We’ve been blown away by some of the amazing stories from around the globe and wanted to share some highlights from an unforgettable weekend. 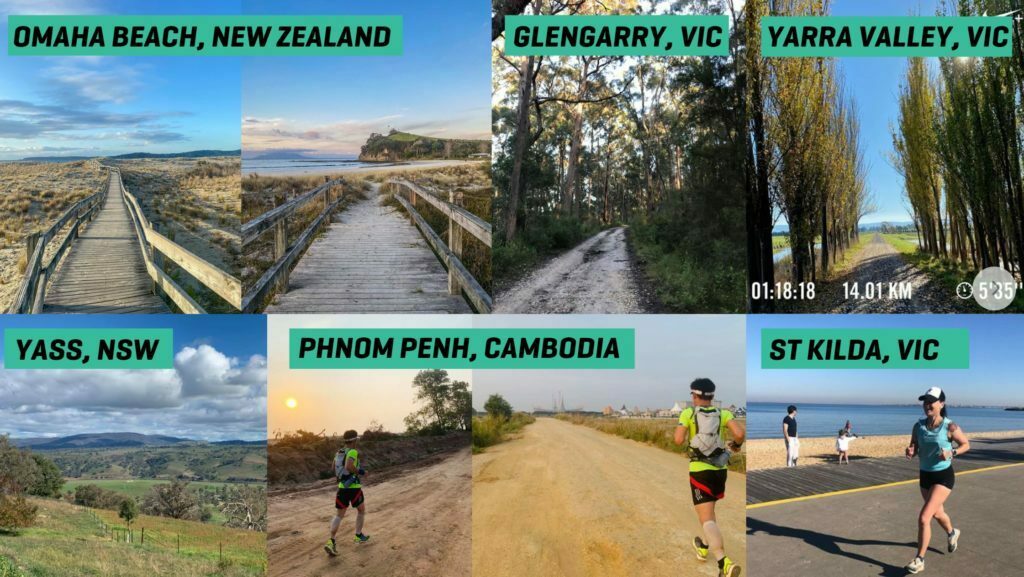 Sometimes adversity brings the best out of people and we were blown away by how ingenious our participants were across the weekend from bespoke food stations to DIY finish lines, it was amazing to see how your family and friends also got involved.

Keran successfully completed the Virtual 14km over the weekend, and is looking forward to conquering the Great Ocean Road Running Festival 23km Half-Marathon in August!

“I have survived terminal bone cancer and though it took my Left hip and leg it has not taken my spirit and determination to live and enjoy life. I love walking in nature it is reinvigorating and reenergising. I will continue to walk for all those who cannot.”

Keran’s surgeon “rolled his eyes when [she] told him that [she’d] do a fundraiser walk one day”… since then she has completed over twelve. 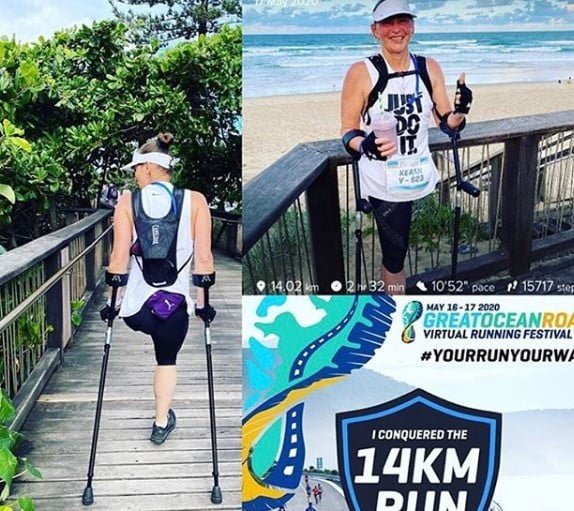 Lain completed her Virtual 60km… ON A TREADMILL. Yes, you heard that correctly! Lain spent 9 hours and 26 minutes completing her first ever Ultra Marathon on a treadmill. She had previously completed 7 marathons, but thought it was time to really challenge herself  and the Virtual event presented a unique opportunity to tackle an Ultra Marathon at her own pace, and without the pressure of having to beat a particular cut-off time. Lain watched two movies, (Passengers and Terminator Genisys) and was up to her 3rd before she lost all train of thought from the 55km mark. Although still recovering from extreme blisters, Lain’s sense of pride and achievement trumps how sore she was feeling. “Although you aren’t crossing an actual finish line, you still mentally, physically and emotionally get that same sense of achievement, knowing that you did it”. 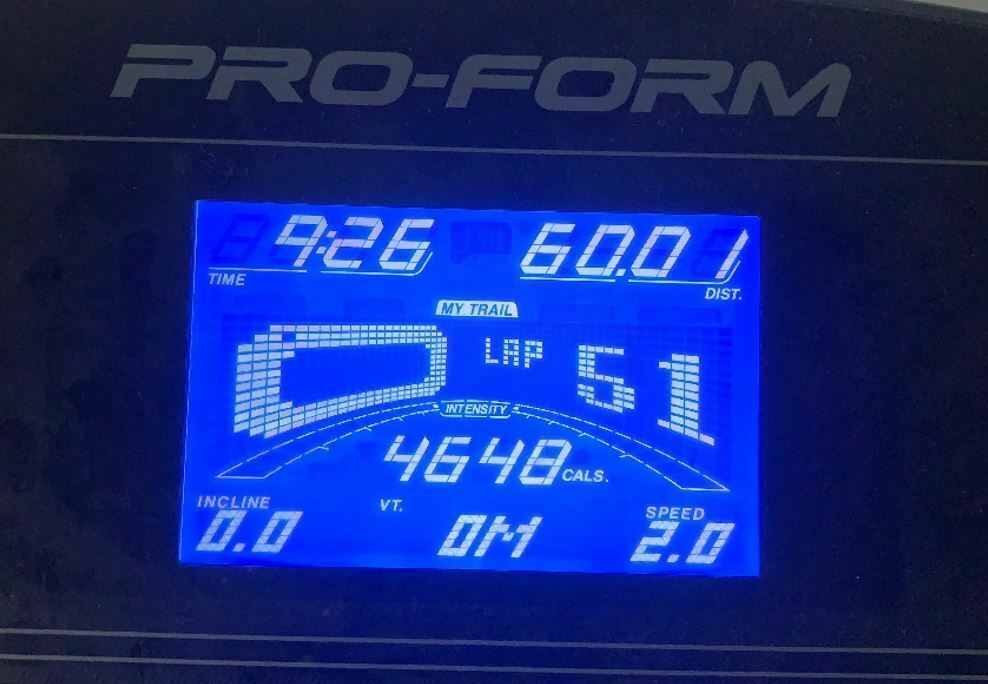 David took out first place at the Great Ocean Road Virtual Marathon. The PE teacher/ triathlete ran his first ever Full-Marathon around Geelong in an incredible 02:44:45 that’s  an impressive pace of 3:45 min/km. A huge effort for a first time marathoner, supported all the way by his family! 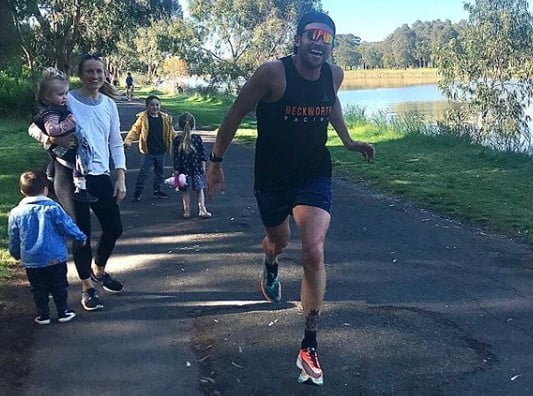 Michael ran his virtual marathon in picturesque Callander in the Scottish highlands. “My original trip to Australia was planned to coincide with my niece Rebecca’s wedding. Rebecca was due to marry her fiancee Andrew on 9th May but unfortunately the wedding has been postponed.” Michael’s original plan was to run the Great Ocean Road 44km Marathon with his ‘new Nephew’ Andrew. Instead, they undertook the unique challenge of running the Virtual Marathon on opposite sides of the planet Michael in Scotland and Andrew in Melbourne. 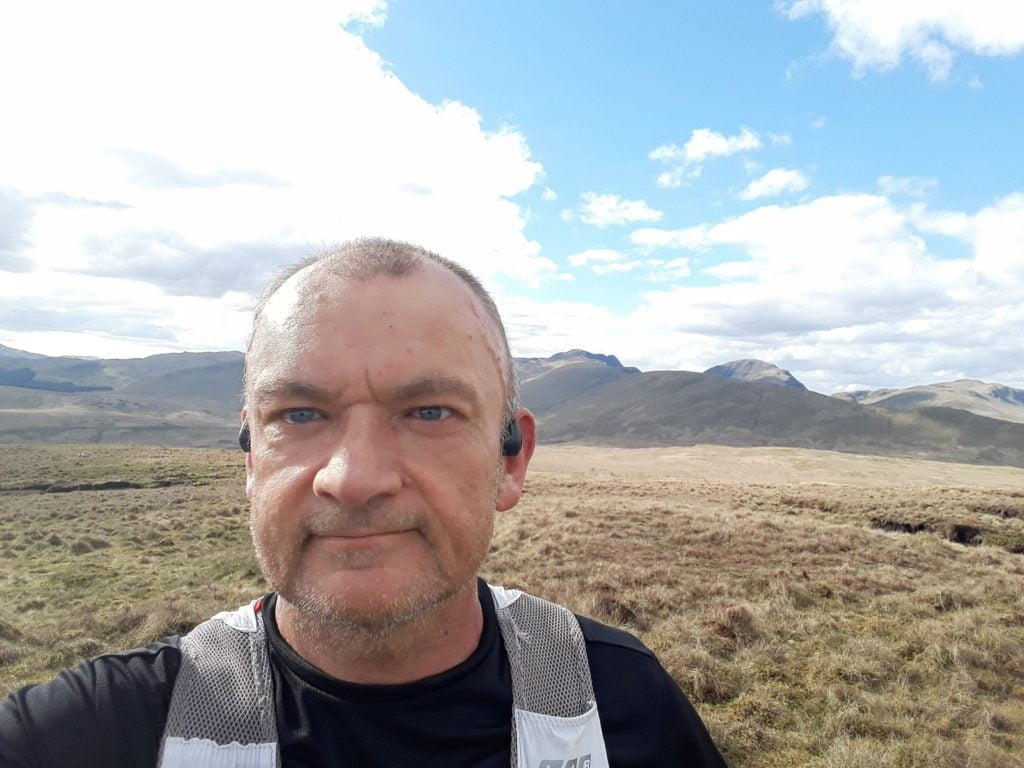 Emer  recently signed up to the global 100km Challenge, covering 100km (running/walking) within 20 days. For an extra challenge, she decided to run the Great Ocean Road Virtual Running Festival, completing her first ever Half-Marathon.  Emer has so far raised EUR$1545/AUD$2582 for three charities of her choice: Alone Ireland, Pieta House and Mater Foundation.

“My brother (who recently moved to Australia) said that my challenge inspired him to take part in the “Great Ocean Road Virtual Running Festival” and complete a half marathon. So I decided, since it was the last day of my challenge, why don’t I join him and try to complete my first ever half marathon! I thought it was such a cool event and even though it was virtual, it was so nice to see everyone sharing pictures of themselves after with their virtual bibs from all over the world! It proved that even during a global crisis, passionate communities will continue to come together (even if it is virtually) and spread hope and positivity to all involved! I ran my first ever half marathon in a time of 1:53:03 which I was delighted with!”

“Never in my life did I think a global pandemic would inspire me to run so far but I’m so glad I did for incredible causes! I’ve definitely found a new love for running and hope I have inspired others to get on their running shoes and keep fit during quarantine too!” 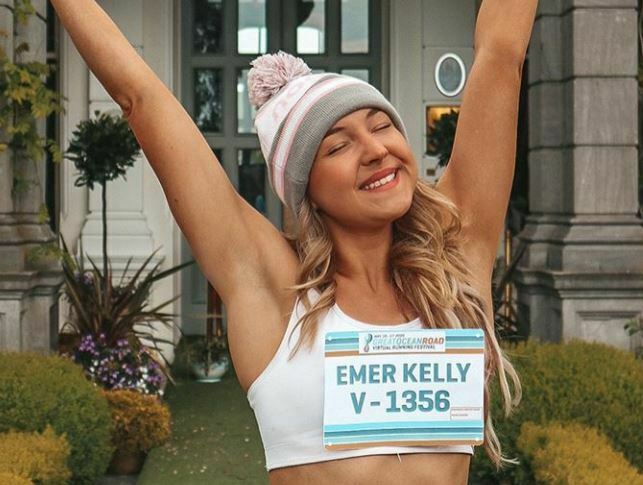 Ryan began the year aiming to run a marathon or half marathon each month to raise funds for Parkinson’s disease, while dressed like Forrest Gump. For May, Ryan ran his first ever marathon as part of the Great Ocean Road Virtual Running Festival! He has “completed 3 half-marathons this year so thought it was time to give [himself] a big challenge”.

“The idea came about because I was looking for a way to raise money for Parkinson’s disease, my Aunty Denise suffers from the disease and is a huge part of my life so I wanted to help out in some way. I had been a casual runner but thought if I do some big running events and add an extra element such as growing my hair, beard and dressing like Forrest Gump would be a good way to get my fundraising efforts out there” 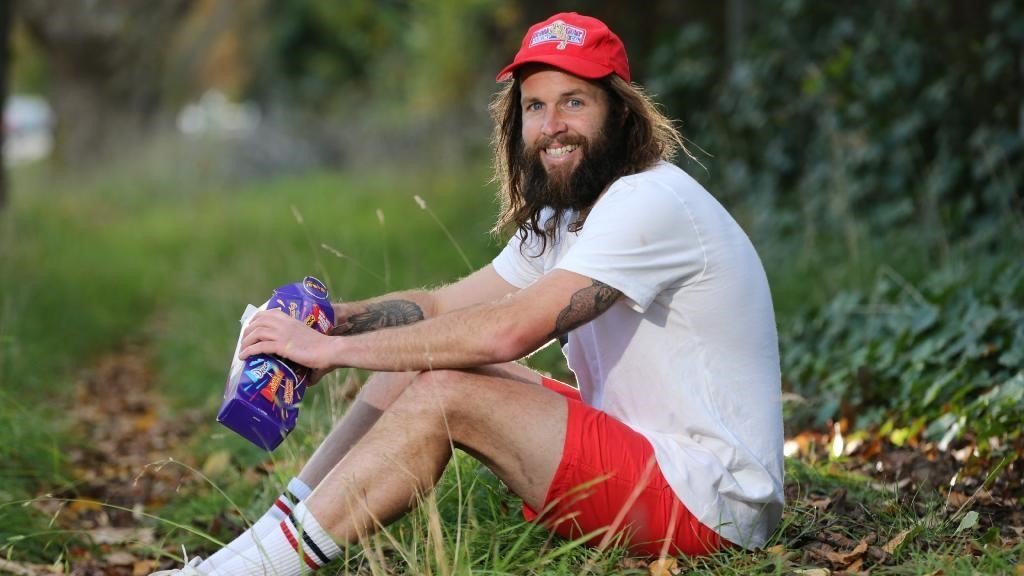 Stewart at 82 years of age (our oldest participant) is no stranger to the Great Ocean Road. He has run every Great Ocean Road Marathon/Running Festival, which is 16 since establishment in 2004! The Great Ocean Road Virtual Running Festival was his first ever Virtual Running Event, describing his experience as “wonderful, my Virtual Half-Marathon track was much flatter and the distance was shorter compared to the Great Ocean Road Half-Marathon so I was pleased with that!” Stewart along with nine of his running buddies conquered the challenge together around country roads, in the Western Victoria district. Usually running 30km a week, Stewart confesses that “the Virtual was just a warm-up for the real thing in August”. 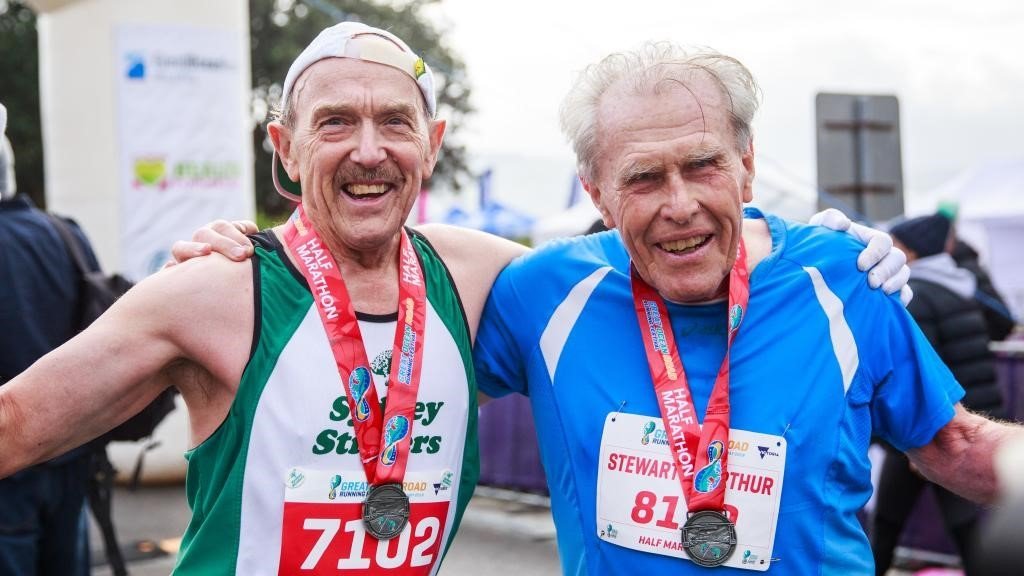 These are only a few incredible stories from the weekend. Everyone experienced the weekend in such a different way, weather that be the location, weather or distance, and we are beyond proud to have been part of it.